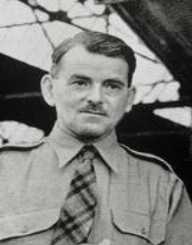 Frank Whittle was born on June 1, 1907, in Earlsdon, Coventry, England. He was the oldest son of his parents. When Frank was nine years old, the family moved to Royal Leamington Spa. His father was an engineer and a mechanic, and he purchased the Leamington Valve and Piston Ring Company. Frank soon learned all about single-cylinder gas engines and developed an interest in aviation.

Whittle studied at the Milverton School for two years and afterwards attended the Leamington College for Boys. He helped his father at the company and quickly developed shills in practical engineering. In his spare time, Whittle read about astronomy, engineering, turbines, and flight theory. His interest in aviation prompted Whittle to join the Royal Air Force.

At the Air Force, Frank Whittle began serving as an aircraft apprentice, but soon after, he started training as an aircraft mechanic. He enrolled at the RAF Cranwell officer training program, where he gained his first flying experience. Adventurous in nature, Whittle soon gained a daredevil reputation for his low flights and aerobatics. While still a cadet, Whittle worked on a paper concerning potential aircraft design developments. He submitted the paper, which argued that a new motor engine should be required for flights at high altitudes at greater speeds and longer ranges.

In 1928, Whittle graduated from Royal Air Force College and was commissioned as a Pilot Officer. He was posted to the 111 Squadron over the Siskin Ills, and the following year he went to the Central Flying School to take a flying instructors course. There, his engine concept gained attention, and it was taking to the commanding officers. In 1929, Whittle sent his design to the Air Ministry, who turned it down on the grounds of being impractical.

After this, Frank Whittle did not give up on his idea but patented it himself. In 1930, Whittle became the Flying Officer at RAF. He was posted at the Marine Aircraft Experimental Establishment at Felixstowe as a test pilot of seaplanes. While Whittle was at this post, he was able to fly 20 different types of aircraft, including amphibians and flying boats.

In 1932, Frank Whittle began attending the Officer’s Engineering Course in Bedfordshire. The course turned out to be an inspiration for him to take a two-year engineering course at the Cambridge University, which he started in 1934. The same year, he was also promoted to the rank of Flight Lieutenant. In 1935, he had to renew the patent for his jet engine. However, Whittle had no money to pay for it, and the patent lapsed. At the time, he was friends with Rolf Dudley Williams and James Tinling, who promised him to help gain financial support.

After gathering finances and gaining approval from the Air Ministry, Frank Whittle founded the Power Jets Ltd. At the time, he was a full-time RAF officer and Cambridge student. Therefore he took the title of Honorary Chief Engineer and Technical Consultant at his company. After working on the jet turbine, in 1937, Whittle was able to carry out the first test runs. The world’s first turbojet unit was named W.U.- Whittles Unit. After the success of the first trials, the Air Ministry realized the potential of the company and financially backed Whittle. Ministry also placed an order for a flyable version of the engine.

When the World War II broke out, the government became increasingly interested in Whittle’s Unit. In 1941, the first new engine was ready for a test flight, which took place on May 15, 1941. The aircraft first flew 17 minutes at 340mph. After the success of the maiden flight, American’s became interested in the new jet engine. By 1942, Americans had developed the Bell XP-59A Airacomet.

In 1942, the Air Ministry contracted Rover Company to produce 3000 W2 engine. Since Rover could not meet the demand, the contract went to Rolls Royce in 1943. That year, Frank Whittle became the Wing Commander and proposed the nationalization of jet developments. By 1944, Power Jets began to develop the W2/700 engine.

In 1946, Whittle became the Air Commodore and resigned from Power Jets after its nationalization and merging with Gas Turbine section of RAE. Whittle retired from RAF in 1948. He continued to be active in engineering in his later years. He was the technical advisor to BOAC, Shell Oil’s mechanical engineer, and research professor at the United States Naval Academy.

Frank Whittle married Dorothy Mary Lee in 1930. The couple had two sons. In 1976, they divorced, and he married Hazel S. Hall. She was from the United States, and the two emigrated there. Throughout his life, Whittle suffered from many health problems, many of them due to stress. He died on August 9, 1996, after fighting lung cancer.

For his major achievements, Whittle gained many honors and awards. He was honored with the Order of the Merit, Order of the Bath, Louis E. Levy Medal and the Royal Society of Arts Albert Medal. Whittle became the Knight Commander of the Order of the British Empire, Military Division.