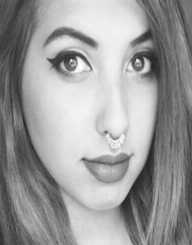 Yammy Xox is a renowned British gamer, blogger, and a vlogger. By majoring on the internet, she has earned fame for playing Minecraft over her YouTube channel dubbed ChicksCanGame. Other games that she normally plays over her channels include Call of Duty and Sims. It is through her pages that she gets to connect with other gamers out there. An interesting fact about her is that she loves to keep her private life private. Besides, she is a famous humble girl with a special interest in entertaining her fan base which is slightly over 700K. In addition to playing notable games over the internet, she takes her time to play Indie-games and other small games that she comes across while browsing the internet.

Yammy Xox rise to stardom occurred through the gaming videos that she began uploading to social web pages such as YouTube. Initially, this is something that she was doing for the main purpose of having a journal. It was not until August 2015 that she got noticed by Minecraft crew called the ‘Pixel Pact.’ This paved the way for a successful YouTubing career. Today, her YouTube gaming channel is one among those that are highly tweeted about the Minecraft game.


What Makes Her Lovable

Besides the fact that Yammy entertains her audience through her remarkable Minecraft moves, she is also an empathic individual. Moreover, she is always honest when it comes to giving opinions on different matters. Amusingly, she rarely delves into the gaming videos she posts. On the contrary, she takes her time to talk about the real life of a common gamer. This is what Minecraft fans love her.

In other videos that she uploads, Yammy features celebrities taking gaming challenges. For example, she has featured Shakira in these gaming challenges. Yummy has also proved to the gaming world that girls can also indulge in boys’ games such as Call of Duty and CS: GO. Right from the 1990s, these games have all along been played by guys. However, Yummy has proved that girls can also go pro in these games.

Yammy Xox revealed on her Instagram page that she had been pregnant when she was a teen. This occurred on March 9, 2015. The post that she uploaded depicted her boyfriend called Koil1990 with a baby boy in his arms. During this time, the baby’s age was assumed to be less than six months. Later, it was discovered that the name of the baby was Dante. Yammy’s family life is quite private. Nevertheless, it is known that she has two real brothers and one half-brother.

Recently, in 2017, Yammy Xox tied the knot with her longtime boyfriend and also a renowned YouTuber Koil1990. Dr.Pepper is Yammy’s favorite drink while she attests to the fact that she indeed loves Chicken Nuggets. She also loves pets, and she owns some.