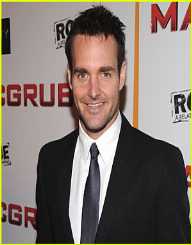 Will Forte was born on June 17, 1970, in Alameda, California, USA. His parents are Orville and Patricia Forte. He also has a sister named Michelle.

As a teenager, Will Forte attended Acalanes High School. While there, he was an active member in his school. He did take part in a drama class, but at the time, he was more interested in sports (he was on the football team) than acting.

As a young adult, Will Forte attended the University of California, Los Angeles. While there, his studies primarily focused on history. He was also a member of the Lambda Chi Alpha fraternity. He later graduated with a bachelor’s degree in history in 1993.

In the early 2000’s, Will Forte continued to write for television, and he also began acting. He continued writing the MTV Movie Awards from 2000 to 2005, and he also wrote several episodes for 2rd Rock from the Sun and That ‘70’s Show. In 2002, he earned a recurring role on Clone High. He also began acting in skits on Saturday Night Live, which would go on to be one of his biggest claims to fame. He also acted in the film Around the World in 80 Days in 2004.

The rest of the 2000’s were a seriously productive time for Forte. Will Forte continued to both write and act. He wrote the 2007 MTV Awards, as well as several films, including The Brothers Solomon and Extreme Movie. His acting career kicked off. He continued acting in Saturday Night Live. He also appeared in several television shows like Sit Down Shut Up, Flight of the Conchords, Drawn Together and Young Person’s Guide to History. He also starred in the film The Brothers Solomon and acted in Baby Mama.

The 2010’s continue to be productive for Will Forte. He has recently appeared in the film MacGruber, Rebounding, That’s My Boy, Rock of Ages, The Watch, and Tim and Eric’s Billion Dollar Movie. Movie. He also appeared in the shows How I Met Your Mother, Allen Gregory, and Up All Night. He also took part in several voices acting roles in shows like American Dad!, The Awesomes, Moonbeam City, Bob’s Burgers, and Gravity Falls. He stopped working on Saturday Night Live in 2012, but he began starring in a television show of his own, The Last Man on Earth, in 2015; he continues to act on this show. He is also currently (2017) working on MacGruber 2.

Will Forte won the National Board of Review Award for Best Supporting Actor for Nebraska. He has also been nominated for over two dozen other awards, including Primetime Emmys, Behind the Voice Actor’s Awards, and the Critics Choice Television Awards.

Will Forte is involved with several charities, some of which include the Stem Cell Initiative for Eyes. He was also a part of the 2015 David Lynch Foundation charity event and the 2017 Beef Relief.