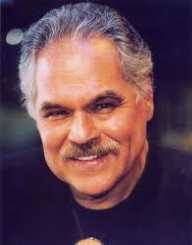 American actor, writer, and film producer Luiz Miguel Valdez were born on the 26 June 1940 in Delano, California to Francisco and Armada Valdez. His parents were migrant workers from México, and he has 19 siblings.

Because of his parents’ farm work, Luis Valdez attended some schools, graduating from James Lick High School, San Jose, California. After obtaining a scholarship, he enrolled at San Jose State University where he majored in English.

Luiz Valdez wrote two plays, The Theft (1961) and The Shrunken Head of Pancho Villa (1963) while still a student. Once he had obtained his degree, he joined The San Francisco Mime Troupe, and that experience influenced him when he began working on the structure of Chicano theatre.

After returning home to Delano, California in 1965, Luiz Valdez became involved in the union movement. He helped organize a collaboration of students and farm workers into a theatre troupe which toured migrant camps performing short one-act plays.

Luiz Valdez opened a Chicano cultural center and also founded TENAZ, a Chicano theatre organization which operated on a national level. By the 1970s, Chicano theatre had developed and was being performed nationally, and Valdez became known as the Father of modern Chicano theatre. By 1971, he had established El Centro Campesino Cultural, a production company.

He was also involved in the founding of the Latino Writers Group which protects the rights and conditions of Latino writers. As an academic, Valdez is a founding member of the Teledramatic Arts and Technology Department at the California State University, Monterey Bay.

Awards Luis Valdez has been honored with include two Golden Globe nominations for Best Musical Picture: La Bamba and Zoot Suit. A George Peabody Award (1987) for Corridos: Tales of Passion and Revolution. The Hispanic Heritage Award in Literature (1992) and the California Governor’s Award (1990). He has also been awarded an honorary degree from the California Institute of Arts. In 2016, was presented with the Presidential Medal of Arts.

Luiz Valdez married Lupe Trujillo in 1969, and they had three children: Anahuac, Kinan, and Lakin. His younger brother (b.1949) is the actor Daniel Valdez.