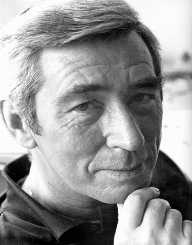 Herge was a Belgian cartoonist.  He is best known for creating the comic character “Tintin.”

Herge was born on May 22, 1907, in Etterbeek, Belgium.  His birth name was Georges Remi.  His father Alexis was employed at a candy factory.  His mother Elisabeth was a homemaker.

From his early years, Herge enjoyed sketching.  Most of his subjects and themes had to do with everyday life.

While attending Ixelles Municipal School No. 3, Herge would sketch the activities he saw the occupying German soldiers were doing.  Later in 1919, Herge attended Place de Londres, also in Ixelles.  The next year Herge was enrolled at Saint-Boniface School.  He was an excellent student.

While Herge was there, he published one of his drawings.  Even though Herge was one of the top students in his class, he chose to follow his passion for drawing at the Ecole Saint-Luc art school.

Herge was planning on becoming an artist or even a cartoonist, but he was bored after one lecture and dropped out.

Herge's first job after leaving school was in the newspaper industry.  Instead of working as a cartoonist at “The Twentieth Century,” he was placed in the subscription division.  His boredom took him out of the workplace and into the Army the next year.  It was not the right fit for him, and he only served in the military for one year.

The first comic that he worked on was “The Adventures of Totor.  It ran in “Le Boy-Scout Belge” on and off for three years.  Throughout the 1920s, Herge published many works for some publications.

However, it was his character Tintin that was his most famous.  Herge was a teenager reporter who solved problems all over the world along with his dog Snowy.

In 1929, Le Petit Vingtienne magazine published the first comic strip of the series titled “Tintin in the Land of the Soviets.”  The next year, he created a comic about two street children of Belgium named “Quick and Flupke.”

Herge left Belgium in 1939 after the country was invaded by the Germans.  Herge stayed in Paris but returned to bring Tintin to Le Soir newspaper.  While he was producing more Tintin comics, Herge was also creating “The Adventures of Jo, Zette, and Jocko.”

Even though his employment to Le Soir ended after World War II ended when the newspaper went under, Herge had even more followers for Tintin.

In 1946, the first Tintin Magazine was in print.  “Herge Studios” took care of many projects regarding his comics.  Herge allowed for two movies based on his most famous comic strip to be created.

Herge married Germaine Kieckens in 1932.  The couple divorced in 1977. Herge then married Fanny Rodwell shortly after that.  They remained together until his death.  Herge died on March 3, 1983, in Brussels, Belgium at the age of 75. Herge created a famous comic strip that was widely known in Europe during the 20th century.  For more than 50 years, it appealed to readers for its real-world settings, humor, and plots.

Herge completed 23 books on The Adventures of Tintin, but the 24th book, “Tintin and the Alpha-Art” was not complete at the time of his death.  Even though Herge created many characters and comic strips, Herge will be the one that he is best known for.  The Herge Museum in Brussels has been open to the public since 2009.

Herge did not have any children with either of his wives.  Herge was sterile due to the radiation treatment he had early in his life.

Herge was diagnosed with osteomyelofibrosis in 1979.  It is speculated that Herge developed HIV due to tainted blood during blood transfusions for the illness. Other reports stated that Herge died from leukemia or a leukemia-like illness.

After Belgium was no longer occupied by Germany in 1944, Herge was accused and briefly imprisoned for being a Nazi. Charges were later dropped.