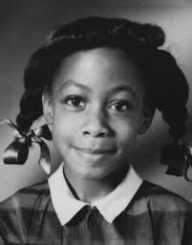 Denise McNair was born Carol Denise McNair on the 17 November 1951 in Birmingham, Alabama. She was the daughter of Maxine and Chris McNair.


The Bombing of the 16th Street Baptist Church

On the morning of the 15 September 1963, a Sunday, Denise was preparing to take part in the morning sermon at the 16th Street Baptist Church in Birmingham, Alabama. She was with 25 other children, and they were preparing for the sermon which was to be called The Love That Forgives. A bomb had been placed under the steps of the church and at 10.22 that Sunday morning, it exploded. As the children in the basement were the closest people to the bomb going off, they were the ones who received the worst injuries.

Four little girls died, and Denise McNair was one of them. Another 22 people were injured. Martin Luther King Jr. described the bombing, which was carried out by the Ku Klux Klan during the Civil Rights Movement, as one of the most vicious and tragic crimes.

In 1965, the FBI stated that the 16th Street Baptist Church bombing had been carried out by four known Ku Klux Klan members, Thomas Edwin Blanton Jr., Herman Frank Cash, Robert Edward Chambliss, and Bobby Frank Cherry. No prosecutions were made until 1977 when Robert Chambliss was convicted of the first-degree murder of Denise McNair. Blanton was charged on four counts of murder in 2001 and Cherry on four counts of murder in 2002. Both men were sentenced to life imprisonment. Cash died in 1994 and did not go to trial for his alleged involvement.

The 16th Street Baptist Church bombing is viewed historically as a marker in the United States during the civil rights movements which helped get the passage of the Civil Rights Act of 1964 into law. In 1997, a documentary, Four Little Girls, focused on the bombing of the church during the Civil Rights Movement and won a Critics Choice Award for Best Documentary in 1998. In 2013, the US Congress awarded Congressional Gold Medals posthumously to the four little girls. The medals were accepted by family members and are displayed in the Birmingham Civil Rights Institute.