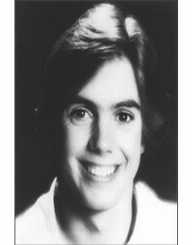 American actor, singer, screenwriter, and television producer Shaun Cassidy was born on the 27 September 1958 to actors Jack Cassidy and Shirley Jones. He has younger three brothers: David, Patrick, and Ryan.

The album contained the hit Da Doo Ron Ron and established his singing career as a teen-pop idol the United States and Europe. Around the same time, he was cast in the television series The Hardy Boys, and this established his acting career.

In 1980 Shaun Cassidy was nominated for Young Artists Award: Best Juvenile Actor in a TV Series or Special for Like Normal People (1979).