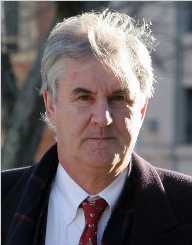 Walter Forbes is an American business tycoon and CEO of Cendant Corporation. He was jailed for accounting fraud, in one of the major scandals in US history during the 1990s.

Walter A. Forbes was born in 1943 to Alexander Duncan Forbes III. He holds a Bachelor of Arts degree from Northwestern University. He has a Master in Business Administration from Harvard School of Business.

In December 1980, he got his divorce from his wife Jane whom he had two daughters. He remarried in August 1981 to Caren Suzanne. She filed for divorce from Forbes in 2009.

In 1998 investigators revealed a massive fraud that spanned years at Cendant Corporation. Walter Forbes was the presiding chairman during that period. He became the prime suspect together with his vice chairman Kirk Shelton.

According to the investigators, Forbes falsified financial documents to defraud the corporation. He systematically inflated the stock prices of the predecessor of Cendant Corporation, CUC International. Forbes inflated the figures by USD 500 million in the financial reports of the company. He managed to convince investors on Wall Street to invest in the company in the hope of benefiting.

Unknowingly, many Americans invested in the stocks of the seemingly upward trajectory stocks. When the investigators revealed the scam, the stocks plummeted down by USD 14 billion. Most of the investors suffered huge losses in the ensuing scandal.

Federal investigators brought spent years investigating. Forbes was arraigned in court twice. In both occasions, the presiding judges dismissed the trials on technicalities. Eventually, the trial commenced. Forbes was tried for defrauding investors and Cendant Corporation of millions. It was the biggest fraud case in the 1990s in American judicial courts.

In the charges, Forbes committed stock securities fraud by inflating the market share prices. He took a plea on falsifying financial statements as the CEO of the defunct CUC International and the early years of Cendant Corporation. He was represented in court by Lawyer Brendan Sullivan.

After the courtroom battles by opposing lawyers, Forbes and his former vice chairman Kirk Shelton were found culpable of the crimes committed. On January 17, 2007, Forbes was convicted on all the charges presented except one of securities fraud. He was sentenced to twelve years and seven months in federal jail. In restoring justice to the investors, the judge ordered for restitution. Forbes paid USD 3.28 billion to the investors and the company. The payment broke the restitution records ever paid in the US then. In June 2009, American media mogul Bernard Madoff paid USD 170 billion in damages, setting a new record in the US.

In a bid to salvage the image of the company, the shareholders of Cendant Corporation changed its name to Avis Budget Group. They also renamed all the other business ventures in the hospitality industry. They started operating as stand-alone companies in a bid to woe investor confidence.

In 2009, Mrs. Caren Forbes filed for divorce. The timing of the divorce case raised suspicion in federal security agencies. They believed Caren wanted to shield some property from being confiscated by the government and sold out for restitution. She finally got her divorce and share of the Forbes property.

In focus was the 1910 family mansion in Connecticut. Forbes sold the mansion to his wife in 1999 for a price of USD 10. This was about the time he started facing investigation for fraud. They embarked on restoring the old house to better living conditions. They added more rooms with marble baths, better interior ceilings and did a major landscaping uplift on the lawns. The Forbes also constructed a tennis court of their relaxation. In addition to that, they constructed a motorsport drive court within the compound.

In 2005, Caren offered the house for sale. She priced the initial offer at USD 14.9 million. After two years of listing without any prospects, she revised the offer to USD 7.9 million. The offer stayed on the market for over two years. Real estate broker Rita Kirby refuted claims that the long delay in the purchase was due to the fraud case against Forbes. She attributed the delay to dire economic meltdown for large mansion buyers in Connecticut. Eventually, the house was sold to an unnamed couple for USD 7 million.

Forbes entered the list of major conglomerate managers who got jailed for fraud in the US. He used his influence at the helm of CUC International and Cendant Corporation to falsify the financial status of the companies. In what may appear as a genuine strategy to salvage the fortunes of the company, Forbes enriched himself and his partner vice chairman Kirk Shelton.

In the process, millions in stockholders investments were lost in the ensuing scam. Forbes lost his job and financial might, invested estate and freedom. Ultimately, he lost his marriage to Caren Forbes.