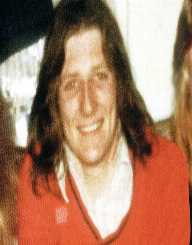 Robert Gerald Sands also known as Bobby Sands was an Irish nationalist who was a part of the republican movement and was also an officer in the Irish Republic Army. While he was a part of the movement, he went to jail a couple of times for possessing some illegal firearms and was only 18 years old at that time.

He again went to HM Prison Maze in the year 1976 where he was sentenced to a 14-year jail, and it was during this time that he started his famous long hunger strike in prison and was also elected as the Member of Parliament.

Bobby Sands was born in Belfast on 9th March in the year 1954. He was born to John and Rosaleen who were Roman Catholics. In a family of 6 people, Robert was the elder sibling and couple’s first son among the four siblings.

Robert Sands did not have a carefree childhood, as he was a victim of several assaults that were asserted on his family by both the union paramilitaries and the gangs. These assaults later influenced his decision to voluntarily be a part of the IRA in the year 1972.

His childhood memories that affected his decision later gave the way to shape Northern Ireland. Due to this continuous political struggle, his family was also forced to leave the area as to where they were residing when he was just ten years old.

Life did not get comfortable for his family even after moving out as the political trouble did not end, and when Robert Sands was of the age of 18 years, he was also forced to leave the job of being an apprentice car builder.

Bobby Sands left the school by the age of 15 and got admitted into Newtownabbey Technical College. When he was 18, his family was again attacked, and their house was damaged and again forced them to move out of the house by a loyalist mob.

Bobby Sands was always motivated for such activism and attended his first IRA meeting provisionally which was held in Twinbrook and joined the movement on the same day in the year 1972. Robert Sands worked in the army with all he had, and his work got recognized. Because of the recognition, he came into the notice of the authorities the same year due to which he was arrested for the first time and also charged for possessing firearms in his house which ultimately consumed the next three years of his life.

When he was released after three years, he immediately returned to the Republican Movement, and in pursuance of the same, he signed on as a community activist ultimately becoming popular amongst the general masses at large also becoming the go- man for the sufferers being employed in the Belfast’s rough Twinbrook area. His work during this course was related to some issues that were to affect the neighborhood.

He was arrested again by the authorities laying the charges of the bombing which had earlier taken place at a large furniture company also leading to an ensuing gun battle. After following the rigid and brutal interrogation by the state authorities, the matter leads to a questionable trial leading to false evidence against Robert Sands and three others. All of them were later sentenced to jail for 14 years at the Her Majesty’s Prison’s Maze.

His stature increased day by day when he was a prisoner thereby pushing for the prisoner reforms. Following the same, Bobby Sands accompanied by nine other members went on a hunger strike which lasted until death on 1st March 1981.

He and his fellow nine members demanded that the inmates should be allowed to wear their clothes, permit visits and emails, which were necessary for improving the lifestyle of inmates.

When in jail, the authorities were not moved by his request to fulfill the demands, and Bobby Sands was also unwilling to end the strike. His health started getting deteriorating, and by the 17th day of the strike, some significant changes were visible as Sands even lost 16 pounds.

This deteriorating health led him to slip into a coma on 5th March, and he died due to malnutrition which was the outcome of the starvation thereby ending a 66-day long hunger strike.

During this time he also got married to Geraldine Noade and also had a son by the name of Gerard. He was regarded as a hero amongst the fellow nationalists.