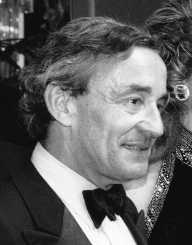 Louis Malle was a creative French film director. Most of his films touched on the issues the society shied away from. Louis Malle lived from October 30, 1932, and November 23, 1995.

Louis Marie Malle was born in Thumeries, in northern France. He was one of the eight siblings in the family. His parents were Pierre and Francoise Malle. They were descendants of wealthy French nobility. Both parents worked in the family sugar production business.

Like most children from wealthy families, Malle had private tutors. The homeschooling ended when the WWII started. His parents relocated to Paris. Malle attended a boarding Roman Catholic school near Paris. After the liberation of France, Malle resumed his studies. He then joined the Paris Institute of Political Studies to pursue political science. In 1950, he decided to study cinematography at the Institute of Advanced Cinematographic Studies. His switch to cinema disappointed his family.

After graduating, Louis Malle was hired by explorer Jacques-Yves Cousteau. He became a cameraman on Cousteau’s yacht. He did the footage from 1954 to 1956. Cousteau then promoted him to be co-producer in his production. Together, they produced a deep sea documentary called The Silent World in 1956. Malle then got a job as an assistant to film director Robert Bresson.

He produced his first film in 1958. The thriller was called Elevator to the Gallows. The same year, he produced his second film titled The Lovers. His third production was Zazie in the Metro. It was produced in 1960. He also produced The Thief in Paris in 1967.

Louis Malle attracted harsh criticism for some of his productions. The Fire Within was done in 1963. This film talked about the dangerous life of alcoholism. Then he directed the film Murmur Of The Heart in 1971. This one was about an incest relation between a young man and his mother. The third controversial film was Lacombe Lucien. It was done in 1974. It narrates the story of how some French people collaborated with the Nazis.

In 1967, Malle set his explorations to India. In his six month stay, Malle studied the numerous cultures in India. This resulted in the production of Phantom India in 1968. It was a seven series television documentary on ancient India. The Indian government was incensed by its contents. The British media house BBC which aired the series was banned in India for several years.

Louis Malle's expeditious nature drove him to the US. Malle produced a total of nine films. From 1978 to 1990, he directed productions in America. The most memorable was the French production Au Revoir Les Enfant, translated Goodbye Children. In the film, he relived the raid by the German secret police to their Catholic school. Some Jewish parents had taken their children there to avoid persecution. A disgruntled worker informed the Gestapo. The headteacher and several Jewish children were taken away to a concentration camp. Other films were Pretty Baby, Atlantic City, My Dinner With Andre, Crackers, Alamo Bay, Damage, Vanya on 42nd Street, and May fools in the US.

Louis Malle was married twice. In 1965, he got married to Anne-Marie Deschodt. Two years later in 1967, the couple divorced. He then married again in 1980. His second wife was Candice Bergen. He stayed with him until his death. With Candice, Malle had one daughter called Chloe Malle.

Malle also fathered two children out of wedlock. In 1971, he had a son with Gila von Weitershausen. They named Manuel. Malle also had a daughter with Alexandra Stewart in 1974. She was called Justine.

In his career, Louis Malle had numerous awards and nominations. He had sixteen awards given to him in several countries. He got feted in France, India, Russia, Italy, and America. Malle also got many nominations for his films.

On November 23, 1995, Louis Malle died at his home in Beverly Hills, California. The cause of death was lymphatic cancer. He was 63 years.

Malle came from a privileged family. Despite the wealth, he decided to curve his path. He used his personal experiences to articulate himself in the films. His versatility made him stand out from his peers. Malle tackled the social evils in the society. This made him attract critics who thought his productions were taboo.