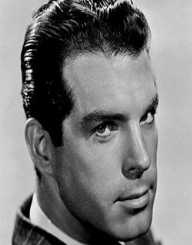 Fred when he was very young, the family moved to Madison, Wisconsin. Later they moved to Beaver Dam, the birthplace of his mother.

Fred MacMurray attended the school in Quincy, Illinois. He secured a full scholarship to join the Carroll College in Waukesha, Wisconsin. He could not get a degree. During the period of school and college days, Fred presented in many local bands, played the saxophone.

In 1930, Fred MacMurray participated with an Orchestra group known as Gus Arnheim. He sang All I Want Is Just One Girl. Murray and George Olsen duo presented “I am In the Market For You” and “After a Million Dreams.”He appeared on Broadway to sing the song Three’s a Crowd” during 1930-31.

Later in 1930, he operated with film directors like Billy Wilder and Preston Sturges and actors like Barbara Stanwyck, Humphrey Bogart, Marlene Dietrich.

Fred MacMurray has featured in all more than 100 films, and he was the highest paid actor.

Fred married June Haver, an actress in 1954. They adopted two twin children born in 1956 – Katherine and Laurie. June Haver stayed with Fred for 37 years till his death.

He acquired properties in the Russian River Valley in Northern California. He used to stay there when he did not have any other engagements. In his estate, he grew apples, prunes, and other crops. He spent time in painting, fishing and skeet shooting.

He had a desire that the property retained its agricultural tradition. The property was sold to Gallo, who cultivated vineyards and the wine produced had the MacMurray Ranch label.

Kate MacMurray, daughter of Haver and Fred now lives in a cabin built by Fred on the property. She is upholding the tradition of the family.

Fred was a Republican to the core. He canvassed along with James Steward for Richard Nixon in 1968.

Fred MacMurray was a chain-smoker and this caused throat cancer in him in 1970. Cancer relapsed in 1987. In 1988, Fred suffered a stroke on his right side and speech affected. Fred also had blood cancer for more than ten years. Finally, he died of pneumonia at the age of 83 in November 1991. His wife June Haver died at the age of 79.

Their bodies of both are cremated in Holy Cross Cemetery.