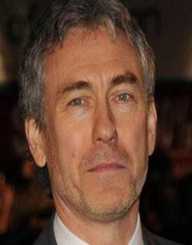 Anthony Joseph Gilroy is an American screenwriter and filmmaker. Born on September 11, 1956, he is known for suspenseful movies with highly polished dialogues. He is the writer of screenplays of the first four films of the Bourne series. He also directed the fourth film of the series. He has written, directed, and produced several films.

He is the writer and producer of Bait, 2000, Proof of Life, 2000, and Beirut, 2018. He wrote and directed Michael Clayton, starring George Clooney, which earned him an Academy Award nomination for best director. Others include Duplicity, 2009, starring Clive Owen and Julia Roberts.

Anthony Joseph Gilroy was born on September 11, 1956, in Manhattan, New York to Ruth Dorothy and Frank D. Gilroy. His father is an award-winning playwright, director, and movie producer and mother a sculptor. His brothers are editor John Gilroy and screenwriter Dan Gilroy. Raised in Washingtonville, New York, Gilroy attended Washingtonville High School, where he graduated in 1974. He then enrolled at the Boston University at age 16 but dropped out to pursue a music career two years later. He started a career in music before his later switch to filmmaking.

Tony Gilroy started his scriptwriting career with the film The Cutting Edge, 1992 and followed it with Dolores Claiborne in 1995. In 1997, he wrote The Devil’s Advocate and co-wrote the high grossing film Armageddon in 1998. He wrote Proof of Life, 2000, took over the screenplays for the first three series of the Bourne series including The Bourne Identity, 2002, The Bourne Supremacy, 2003 and The Bourne Ultimatum in 2007, and co-wrote The Bourne Legacy in 2012.

Gilroy and the Bourne Ultimatum co-screenwriter Scott Z. Burns wrote the script for Army of Two, based on the video game from EA Montreal. Other writing duties include the sci-fi war film Rogue One, directed by Gareth Edwards.

Tony Gilroy made a directorial debut with the film Michael Clayton in 2007. His brother John Gilroy served as the editor of the film. The film was very successful grossing over $92 million worldwide and received seven nominations at the Academy Awards including Best Picture, Best Actor, with actress Tilda Swinton winning Best Supporting Actress award. Gilroy received best director nomination. The film won an Edgar Award for Best Motion Picture Screenplay.

He then wrote and directed Duplicity, 2009, starring Tom Wilkinson, Clive Own and Julia Roberts. His next work was co-writing and directing The Bourne Legacy, 2012, starring Albert Finney, Jeremy Renner, Edward Norton, Rachel Weisz, and Joan Allen.

Anthony Joseph Gilroy is married to Susan Gilroy; with whom he has two children Sam and Kathryn.