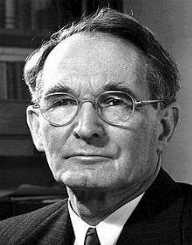 As a child and teenager, Ramsey changed schools often, as his family moved around a lot. However, he was still able to graduate years before he was supposed to because he studied hard. He was only 15 years old when he graduated from high school.

In 1940, Ramsey took on his first professional career as a professor at the University of Illinois. However, he did not teach here for long at first, as World War II broke out, and he was needed for research.

During the war, he spent his time researching electromagnetic radiation and radar that could be used in both airplanes and submarines. He was also a part of the Manhattan Project, which is the project that was put together to create the two atom bombs which the United States dropped on Japan. At the time, this project was top secret to the public, but hundreds of scientists from around the world were working on it. When asked about the project later on in his life, Ramsey said that he helped to make sure that the airplanes would be able to hold the bombs safely.

After the war, in 1945, Ramsey resumed teaching. This time, he worked at Columbia University as an assistant professor of physics. While working here, he helped to found the Brookhaven Laboratory; he researched here in his free time. Later, he was promoted to the head of the physics department.

In 1947, Ramsey began working at Harvard University. While here, he continued his research. It was during his time at Harvard that he made the Ramsey Method (also known as the separated oscillatory fields method, Ramsey–Bordé interferometry, or the Ramsey interferometry). This method is a form of atom interferometry (a way to measure wave characteristics of atoms) that uses magnetic resonance to measure the ever-changing frequencies of atoms. This method is now used in many aspects of physics. It is most famous for being used in atomic clocks (clocks that are accurate to fractions of seconds) and MRI machines.

In 1960, Ramsey used his own method to invent an atomic clock, which is now known as the hydrogen maser. This machine, and machines like it, are/were used to track satellites orbiting the earth.

Throughout the 1960’s to the mid-1980’s, Ramsey continued to teach at Harvard and research physics. In 1986, Ramsey retired from Harvard. However, he continued to research, mainly at the Joint Institute for Laboratory Astrophysics.

All of Ramsey’s awards are due to his works in physics. Some of his most prestigious awards are listed below.

In 1980, he became a chairman of the board of the American Institute of Physics. He served in this position until 1986.

Norman Foster Ramsey Jr. was first married to Elinor Jameson in 1940. The couple had four children. The marriage ended sadly in 1983 when Jameson died. Years later, he married Ellie Welch. He had no biological children with Welch, but he did gain two step-children from the marriage.  The marriage did not end until Ramsey’s death.