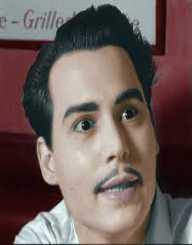 Edward Davis Wood Jr. was an American film actor, screenwriter, director, and producer. Born on October 10, 1924, he made films in various genres including science fiction, horror, and comedy. Wood wrote about 80 pulp crime, horror and sex novels and also made several sexploitation movies during the 1960s and 1970s.

Ed Wood is known for works like Glen or Glenda, Jail Bait, The Sinister Urge, and Plan 9 from Outer Space among several others.

Edward Davis Woods Jr. was born on October 10, 1924, in Poughkeepsie, New York to Edward Sr. and Lillian. His father was a postal service worker and due to his work, lived in different places. As a child, Wood was mostly cross-dressed, as his mother wanted a girl child.

Ed Wood had an interest in performing act and pulp-fiction as a teenager and started collecting comic and pulp magazines. Wood was also interested in Western movies and serials. He preferred watching pictures at the local movie theatre at the expense of his education. Wood was gifted a Kodak Cine Special camera as a gift on during his 12th birthday, and that started his filming.

Among his first footage was of the airship Hindenburg flying over the Hudson River in Poughkeepsie shortly before it crashed at Lakehurst, New Jersey. Wood worked as a cinema usher and joined the quartet, "Eddie Wood's Little Splinters," where he served as a singer and played various instruments.

Ed Wood enlisted in the United States Marine Corps in 1942, after the Pearl Harbour attack. During his service, he lost two front teeth and received several machine gun shot in the leg. He was discharged at the rank of corporal.

Career in Screenwriting and Directing

Ed Wood left home for Hollywood in 1943. While there, he started writing scripts and directed television commercials and pilots. Wood wrote, starred, directed, and produced Casual Company, 1942, a play on his service in the military. The play, however, received negative reviews on its opening at the Village Playhouse.

Ed Wood wrote, starred and directed Glen or Glenda, 1954, which came under several criticisms and regarded one of his worst films. He followed it with the crime film Jail Bait, 1954 as a director and producer starring Steve Reeve and Lyle Bait and then the horror film Bride of the Monster starring Bela Lugosi, Loretta King, and Swedish wrestler Tor Johnson.

Ed Wood wrote, directed, and produced the sci-fi film, Plan 9 from Outer Space, 1956, starring Bela Lugosi (he died during the production of the film), Tom Mason, and Tor Johnson. The film is considered Wood’s best film. He followed it with The Violent Years, 1956, Night of the Ghouls, 1958 and The Sinister Urge.

Ed Wood and actress Dolores Fuller had a long-term relationship from 1952 to 1955. Muller appeared in three of Wood’s films including Bride of the Monster, Glen or Glenda and Jail Bait. He later married Norman McCarthy in 1955 but the marriage dissolved in 1956. In 1959, he married his second wife, Kathy O’Hara.

The couple lived together until Ed Wood died. Wood suffered depression, became alcoholic alongside his wife. The couple fell into poverty, leading to their eviction from their Hollywood apartment on Yucca Street on Thursday, December 7, 1978. Ed Wood died on December 10, 1978, of a heart attack. His remains were cremated and ashes scattered into the sea.