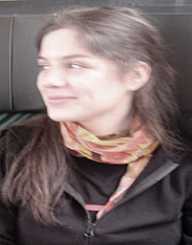 Born on August 28, 1888. Dora Gabe was a poet from Bulgaria. She wrote her works and translated those works written by other renowned actors and poets. The works she translated were those that she had been given and requested to translate by authors and government officials. She published works such as ‘Spring’ which is still being used in Bulgaria and ‘Don’t Come Near Me!’ among other works. She collaborated with other prominent writers to form the Bulgarian PEN Club aimed at improving creative communication during the difficult times of the world wars. She was the chairman of the organization. She died on November 16, 1983.

Dora Gabe was born on August 28, 1888, in Dabovik, Bulgaria. She was born to Pavel Gabe and Boyan Penev. Her father was a Jewish immigrant from Poland. He was also a member of the Bulgarian Parliament known as the Bulgarian Narodno Subraine. Her father encouraged her to take her academics seriously. She attended Sofia University, and she graduated in 1904 with a degree in Natural Sciences. In 1905, she started travelling to pursue her studies in French philosophy in Switzerland and France.

In 1907, Dora Gabe returned to Bulgaria and started teaching French in Dodrich, Bulgaria. A year later she published the first of her poems titled ‘Spring’ and ‘Violet.’ ‘Spring’ was a great success as it is still being used in Bulgarian Schools in teaching literature. She travelled a lot in her lifetime in different countries including the United Kingdom, Switzerland, Poland, Germany, Czech Republic, France, and Austria. In 1917, she began working as a translator handling the works of writers such as Konopnicka and Mickiewicz among others. She translated other people’s works throughout her lifetime.

In the 1920s extending to the 1930s, Dora Gabe gave lectures on Bulgarian Literature and the fate of Dobruja. Dobruja was a piece of land that was stuck between Romanian and Bulgarian ownership for so many years. In 1921, she finished her translation of works by Polish poets which were divided into several volumes. In 1925, she translated what is now known as the ‘Library of the Youngest’ for the Bulgarian Ministry of Education. In 1927, she co-founded and became the chair of the Bulgarian Pen Club.

In following years she published children and adult books, reviews of theatres and literature among other works. Her famous works include ‘Wait Sun,’ ‘The World is a Secret’ and ‘The Invisible Eyes.’ In 1939, Dora Gabe was the editor for ‘Window’ which was a children’s magazine. In 1944, she edited another children’s magazine titled ‘Nightingale.’ In 1947 to 1950 she served as a counselor for cultural affairs at the Bulgarian Embassy in Poland

Dora Gabe was named an ‘Honorary Citizen of the city of Tolbuhin’ in Bulgaria.

Dora Gabe married professor Boyan Penev who was a Professor. The works that she wrote continue being used in Bulgarian schools to teach Literature, such works include ‘Spring.’ In 2003, the first ‘National Literary Prize: Dora Gabe’ was awarded for excellence in writing by the Dodrich City Council. The award is given every five years to appreciate young and upcoming writers. She mentioned that her husband prevented her from pursuing her career wholeheartedly but after his death, she had the chance to pursue her career to the best of her ability.

Dora Gabe is among the renowned poets and translators who made her name for herself and her works have been much appreciated throughout the twentieth and twenty first century. Her works are available in more than twenty four languages. Dora Gabe died on November 16, 1983.