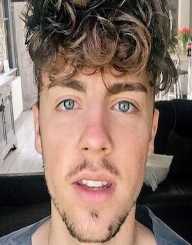 Born on July 05, 1997 Tez Mengestu is an Ethiopian-American aspiring film and radio personality and a model. He is also a rising social media star and building on his number of followers online. He is present on social media platforms like Vine and Instagram. He is known to be “infamously famous” or probably “famously infamous” just because he is in between the two. Tez is known for his photos and videos on Instagram and Vines, which has attracted many fans.

Due to his age, his fan base is mostly teenagers who share his views and interests. Even though Tez Mengestu does not possess any exceptional talent, his power lies in his ability to relate to his fans. He has taken part in various social media outdoor events due to his emerging popularity. He has never left his passion of becoming a Hollywood star and is working assiduously to achieve the aim.

Tez Mengestu was born on July 05, 1997 in Cornelius, North Carolina in the United States America. He was born to Ethiopian parents who migrated to America during the Ethiopian-Eritrea war in 1990. Tez’s parents even though unknown is said to be still enjoying a successful marriage life and support their children in all their endeavours. Tez has a younger sister called Alicia who is also an aspiring model. He had his education at the Charlotte-Mecklenburg Schools, Davidson.

Tez Mengistu's ventured on to social media with photos and video posts. As a friend of the Grier brothers Nash and Hayes, he started commenting on Nash post and by so doing attracted action to himself. Nash is one of the most famous personalities on Vine and being his friend shot him to fame. Tez has also been featuring Nash in his photos and videos, and that has also given him some positive signals. He does not have any extraordinary talent, but his poses in his videos and pictures make him unique and lovely.

Tez currently has about 400,000 followers on Instagram, and most of them are his age groups. This has gained him a popularity that he was invited to partake in the 18 city tour of social media stars by DigiTour in 2015. DigiTour is an event management company, which replaced MagCon and gained credit for organising the first ever show for social media stars. He is under the management of 26MGMT, a company aimed at grooming social media personalities to make it into the mainstream entertainment industry.