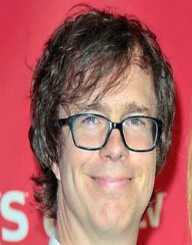 Ben Folds is one of the pioneer pianists in the world of rock music. His versatile influence has arguably put him as one of the best rock musicians in the US of the 21st century.

Benjamin Scott Ben Folds was born on September 12, 1966, in Winston-Salem, North Carolina. He attended Richard J. Reynolds High School in Winston-Salem. After his graduation in 1984, Folds enrolled at the University of Miami on a music scholarship. At the end of his first year, he broke his hand. Folds did not take part in his end of the year drum exams. He lost his scholarship.

His interest in music came early in life. He got his first piano at the age of nine. By the time he graduated from high school, Folds played the piano, drums, percussions, and guitar. After losing his scholarship, he decided to pursue his musical dream in earnest.

Teaming up with Millard Powers, Ben Folds formed the group Majosha. The group had their first performance at the Battle of the Bands Concert. This was a music competition held at the Duke University in 1988. The group won the competition. Folds and his friends were invited to do several party shows. They also released an LP with four songs in 1989. The Majosha band broke up in 1990.

The recording brought in a new blend of rock music, with a taste of pop. The group then recorded another album in 1997. The album was titled Naked Baby Photos. Then in 1999, the band released an album titled the Unauthorized Biography of Reinhold Messner. It was widely received in America.

After the breakup, Folds went solo. In 2001, he debuted with his album Rockin’ the Suburbs. His solo career did not last long.

In 2003, he formed The Bens. This outfit comprised of Ben Kweller, Ben Lee and Ben Folds. The Bens got an invitation to tour Australia. The tour was both intensive and successful. They toured several cities like Sydney, Melbourne, and Perth among others. Folds went back to solo recording. In 2005, he recorded the album Songs for Silverman.

Ben Folds again released the album Way to Normal in 2008. One of the songs in the album, You Don’t Know Me, got a music video done. The music video was produced by Eric Wareheim. Folds collaborated with Nick Hornby to record an album titled Lonely Avenue.

The 2010 album contained eleven songs. Folds reunited with his former mates in Ben Folds Five in 2008. They did countable performances together. In 2011, the trio released the album The Best Imitation of Myself. After a period of silence, they performed at the Mountain Jam Music Festival in June 2012. The performance was well received. Ben Folds Five recorded their fourth and last album in 2012. It was titled The Sound of the Life of the Mind.

Ben Folds has been in four marriages. Folds first married his childhood friend Anna Goodman in 1987. The union with the songwriter wife ended after five years. The couple divorced in 1992. He then married his second wife Kate Rosen in December 1996.

They divorced in 1997. In May 1999, Folds married an Australian, Frally Hynes. The couple divorced in 2007. He had twins with Hynes called Louis Frances and Gracie Scott. He married his fourth wife Fleur Stanbrook in November 2007. The marriage ended up in divorce in 2011. He lives in Santa Monica, California.

BenFolds managed to blend different genres of music to produce a unique taste of rock. His ability to compose and play instruments gave him an undue advantage. His trademark is the thick plastic black-rimmed glasses.

He is one of the most sought-after artists in America, Australia, and the Far East. In 2002, he got gold Record Award from the Recording Industry of America. He has three other awards from different organizations in the US.

Folds touched many with his music. The success in music contradicted his family life. He had a rocky pattern in his married life. His four marriages ended in divorce.