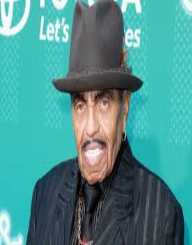 Joseph Jackson was born on July 26, 1928, in Fountain Hill, Arkansas, United States. He was an American talent manager and the father of the late international pop singer and superstar Michael Jackson. He was also the pillar and father of the rest of Jackson’s family famously known as the Jacksons. At the time of his death, his net worth was estimated at 500,000 U.S dollars. He died on June 27, 2018, at the age of eighty nine.

Joseph Walter Jackson was born on July 26, 1928, in Fountain Hill, Arkansas, United States. He was the son of Samuel Jackson and Crystal Lee King. At the age of twelve, his parents separated, and he moved with his father to Oakland, California. At the age of eighteen, his father remarried forcing him to relocate to Chicago to join his mother and three of his other siblings. In Chicago, he started working at a steel company known as Inland Steel Company and never completed his high school education. He had a passion of becoming a boxer and while in Chicago he was enrolled at Golden Gloves Program.


The emergence of the Jackson 5

While still in Chicago and pursuing professional boxing, Joseph Jackson met seventeen year old Katherine Scruse and fell in love with her. He separated with his first partner to be with Katherine whom he married on November 5, 1949.  After his marriage to Katherine, he left his dreams of becoming a boxer and started focusing on his newly found family. He began working on a part-time basis for American Foundries in East Chicago.

In the early 1950s, he formed a musical band named ‘The Falcons’ which focused on blues music while he played the guitar. However, the band disintegrated due to lack of recognition and recording deals leading to the fallout of Thornton ‘Pookie’ Hudson. Thornton later formed his band in 1952 known as ‘The Spaniels’ which was a success and gained much recognition.

In the 1960s, Joseph Jackson began nurturing his children whom he also worked with to form a musical group. Its first members were his eldest sons Jackie, Tito, and Jermaine while his youngest sons Marlon and Michael joined later as backups. He kept them under thorough training and rehearsals with their initial name being The Jackson Brothers. He then changed the name to The Jackson 5 when Michael and Marlon joined. They began performing in several functions including high school events and talent show contests for a number of years.

Their performances brought them recognition which led to their eventual performance at the Apollo Theatre in Harlem, New York City. He later signed The Jackson 5 to a contract with Steeltown Records in Gary, Indiana owned by Gordon Keith on November 21, 1967. The Jackson 5 released their first single hit titled ‘Big Boy’ on January 31, 1968, with Michael as the lead singer. When their song was played in a local radio station in Gary, Indiana they became famous and received a record deal through Joseph with Motown Record in Detroit in March 1969.

Joseph Jackson relocated together with his family to California where he continued managing his sons and supervising their progress. The Jackson 5 released their single with Motown titled ‘I Want You Back’ on October 7, 1969, which was followed by their first ever album ‘Diana Ross Presents The Jackson 5’ in December the same year.

Later songs included ‘ABC’ which was released in 1970 followed by ‘The Love You Save’ and ‘I’ll be there’ released in the same year. These singles made a sell of up to 10 million copies within ten months making a world record of the most sold copies within a short time. At this point in time, Joseph had achieved his dream through his managerial skills and had gained much recognition as a good talent manager.

Joseph Jackson later introduced his other younger children into the music industry including Janet, Randy, and La Toya. He formed his record label known as Ivory Tower International Records which signed different artists whom he also managed. The Jackson 5 however secured a deal with Epic Records in 1975 after leaving Motown Records. In 1976, they adopted the name the Jacksons after Motown Records retained their initial name The Jackson 5 as their label. In 1982, he brought the sixteen year old Janet into the limelight by securing her a recording deal and as her manager.

Joseph Jackson received the 2014 Lifetime Achievement Award when he accepted to be inducted into the Rhythm & Blues Music Hall of Fame on behalf of his son Michael. In 2015 he received The Rhythm & Blues 2015 Humanitarian Award.

Joseph Jackson first married Katherine Scruse on November 5, 1949, with whom he had ten children. However, on March 9, 1973, Katherine filed a divorce when Joseph was allegedly involved with other women but did not proceed with the divorce. He was also involved with Cheryl Terrell with whom he had a daughter named Joh’Vonnie Jackson. In 1982, Katherine filed a second divorce but later halted and moved with Joseph to Las Vegas although the couple decided to live separately. He, however, remained legally married to Katherine until his demise.

He died on June 27, 2018, in Las Vegas of terminal pancreatic cancer at the age of eighty nine. He was inducted into the Arkansas Black Hall of Fame in 2011.