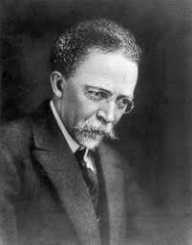 Henry Ossawa Tanner was born on June 21st, in 1859. He was a famed African-American painter. Due to his exceptional talent, he became the first American painter with an African descent to garner high acclaim.

Henry Ossawa Tanner was born on June 21st, in 1859. His birthplace was in Pittsburg, Pennsylvania. Tanner was the first born son to Benjamin Tucker Tanner and Sarah Tanner. His father served as a bishop. On the other hand, his mother was initially a slave working in Virginia before fleeing to the North.

Henry Ossawa Tanner joined the Pennsylvania Academy of the Fine Arts in 1879. During this period, a good number of artists had rejected the idea of going for African-American apprentice programs. Therefore, Tanner was the only black colored student in his class. While taking his lessons here, Tanner crossed paths with Robert Henri. The two went on to become great friends.

In spite of Henry Ossawa Tanner's ethnic denomination, he managed to gain confidence at a time when racial issues were high on the rise. With the confidence that he had acquired, he sold his works in Philadelphia. However, he had to spend more time dealing with racism. This is something that often caused pain to the young and energetic artist. The burden that he experienced with regards to racism is detailed in his autobiography dubbed The story of an Artist’s Life.

Following the racial issues that were negatively affecting him, Tanner opted to migrate to France in 1891.

During Henry Ossawa Tanner's short trip to the United States, he painted something that ended up becoming his most excellent piece; The Banjo Lesson. This painting portrayed an elderly black man giving lessons to a young boy. Through this image, it told a lot about American art in the late 19th century.

Henry Ossawa Tanner tied the knot to Jessie Olsson in 1899. Olsson was an opera singer. She passed away in 1925. This was just 12 years before her husband Tanner also died. The couple had a son called Jesse.

Henry Ossawa Tanner passed away on May 25th, in 1937. He died at the age of 77 years. He was buried close to his loving wife in Sceaux, Hauts-de-Seine.