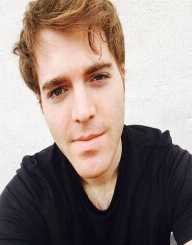 Shane Lee Dawson was born in July 19, 1988. He is an American You Tuber and Vlogger. He has three channels on YouTube namely ShaneDawsonTV, ShawnDawsonTV2, and Shane which is his vlogging site. He has more than 16.4 million subscribers to his channels and more than three billion views on the videos that he posts. He is also a comedian, film director, actor and author.

Shane Lee Dawson was born on July 19, 1988, in Long Beach, California. He was brought up alongside two brothers, Jerid and Jacob. He was born into a poor family. His father was an alcoholic who abused him and his mother physically. His father later abandoned his family. As a teenager he was overweight. He was also mentally abused by the actions of his father. He attended Lakewood High School where he was bullied for his weight and the fact that their family was poor. His siblings helped him out in school when other kids chose to make fun of him. He became interested in videos when he would make videos for school projects with his friends.

In 2008, he made his first YouTube channel known as ShaneDawsonTV where he made the video titled ‘Hodini’s Street Magic.’ Shane later posted the video ‘Fred is Dead’ which has been viewed by over twenty million people. In 2009, he made his second YouTube channel ‘ShaneDawsonTV2’ which is currently known as ‘Human Emoji.’ However, his second channel has not been active since 2012. He made a third YouTube Channel called Shane where he posts his vlogs and original content Mondays through Fridays. He has collaborated with You Tubers such as The FineBros, Tyler Oakley, Trisha Paytas and Joey Graceffa among others. In 2009, he featured on ‘Attack of the Show!’

Shane has starred in the horror movie ‘Smiley’ which was nominated for Fangoria Chainsaw Awards as one of the worst movies. He has also directed and acted in the movie ‘Not Cool.’  He is a comedian, but at times his humor is considered racist. In 2012, he released his own music video known as ‘SUPERLUV’ which was number twenty-eight in the United States iTunes pop chart and number sixteen in the United Kingdom Indie charts.

In 2010, he won the Teen Choice Award in the category of Choice Web Star. He also won the Streamy Award for Best Vlogger.

Shane is currently dating Ryland Adams. They live together in Los Angeles, California. He has four dogs, Miley, Charlie, Chocolate, and Unicorn. He also has two cats Snopp and Muffy. In 2015, he came out as a bisexual in a video that he posted on ShaneDawsonTV. He has body dysmorphic disorder.