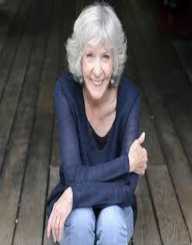 Sue Grafton was born 24th April 1940, to C.W. and Vivian Grafton. She was born in Louisville, Kentucky, in the United States, and had an older sister. Sue Grafton's father was a lawyer, but he was also a writer. His genre was mystery novels. Her mother was a chemistry teacher at high school level.

Her father served in the army for two years during World War II, but after he came back, both her parents became alcoholics. Sue Grafton was only five years old when her father returned from active duty, and due to her parents drinking, she had to grow up very quickly and looked after herself a lot of the time.

Sue Grafton's early work included being an admissions clerk at a hospital, and a medical secretary. She had learnt about the writing industry from her father at an early age. He taught her about writing and editing, and Sue Grafton set to work with her writing when she turned 18. Only two of her first seven novels were published. These were called Keziah Dane and The Lolly-Madonna War. Having no success with her novels,Sue Grafton started writing for television. She spent the next 15 years writing movies for television. She then decided to try her hand again at fiction.

Sue Grafton had noticed other mystery writers that had written series based on things like having a color in every title or having a day of the week in every title. Acting on this, Sue Grafton decided she would do an “alphabet” series, that is, having a different letter from the alphabet in each title, from A to Z. As crime was her genre of interest, Sue Grafton came up with an alphabetical list of words related to crime. She then invented a private investigator character named Kinsey Millhone and set to work.

With the success of the novels, Sue Grafton quite her screenwriting to concentrate on the novels. She published a new one approximately every 12 months. Although she had the title Z is for Zero, she never got the final novel written due to her death. Her novels have now been published in 26 different languages, and many of her titles made The New York Times Best Seller list.

There were many other awards, including the Cartier Dagger in 2008 awarded by the British Crime Writers’ Association.

In 1978, she married Steven F. Humphrey. Humphrey was a university teacher. The couple lived between Santa Barbara in California, and Louisville, Kentucky, with Humphrey teaching in both places.