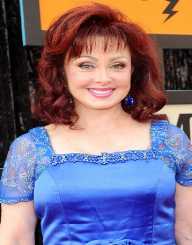 Naomi Judd was born on January 11, 1946, in Ashland, Kentucky. Initially, her name was Diana Ellen Judd. This country star came from humble beginnings, her parents being a pair of gas station owners and a riverboat cook. Her simple start in life helped her to maintain her humble attitude, even after achieving stardom.

Naomi Judd got married young to her first husband, Michael Ciminella in January of 1964. She became a mother at a young age, that same year when she had her first child in 1964 when she was only 18 years old. This daughter’s name was Christina Ciminella, but she later changed her name to Wynonna Judd.

A few years later, in 1968, she gave birth to her second daughter, Ashley Judd. However, in 1972, Naomi Judd and Michael Ciminella divorced, leaving Naomi alone to raise her two daughters on her own. It wasn’t until almost twenty years later, in 1989, that Naomi finally remarried Larry Strickland. This couple had no children together.

Naomi Judd had to work hard to care for her two young girls, so she couldn’t work on her music career as early as she might have wanted to. Instead, she learned how to be a nurse, and spent much of her life before fame working in hospitals. She also spent some time working as a secretary, clerk, and working in restaurants.

In 1983, Naomi Judd formed a country band with her daughter, Wynonna. Naomi’s other daughter, Ashley, did not join the group. Instead, she went into acting. The band seemed to be a hit from the beginning. The duo was the most famous in the 1980s and 1990s. The group was highly successful, having twenty songs in the top ten list, and 15 songs that reached number one on the charts.

The band was able to release six albums together between their start and their end in 1991. The band ended things with a bang, giving an extensive farewell tour. It was the top-grossing tour of 1991. Even though the group was not together for long, they still managed to sell more than 20 million albums. The mother-daughter duo had many hit songs, a list of a few of the duo's most famous songs are listed below.

Naomi Judd had a long acting career than her musical career. She had a small role in the More American Graffiti movie which was made in 1979. She mostly spent her time working on TV series, often playing herself, and working in made for TV movies. Some of the shows and movies she had a part in.

Naomi Judd was forced to leave her band in 1991 because she was diagnosed with Hepatitis C. After receiving the bad news, she retired so she could focus on recovering. Luckily, she was cured and has not seen any recurrences of her illness to this day.

Because of her illness, Naomi Judd became the spokesperson for the American Liver Foundation. She encourages others to make it through their diseases, just like she did.

She has also written a book, titled, Love, Can Build a Bridge. It sold wonderfully, becoming a New York Times bestselling book.

Naomi Judd received the Grammy Award for Best Country song in 1992 for her song (performed with her daughter) called Love can Build a Bridge.