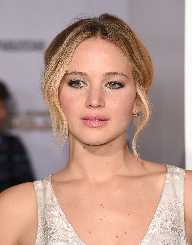 Jennifer Shrader Lawrence is one of Americans most talented and famous young actresses to hit the screens. Born on August 15, 1990, has since 2015 become the highest-paid actress in the world with her film grossing over 5 billion worldwide. Her popularity coupled with skills and talent got her intoTime’s100 most influential people in the world in 2013. In 2016 she was also named among Forbes Celebrity 100. Lawrence made her film debut in Garden Party, 2008 and had then built on her fame with films like Winter’s Bone, 2010 and X-Men: First Class in 2011.

Jennifer Lawrence played roles in other movies but got here first recognition through awards in 2012 when she won an Academy Award for Best Actress for the film Silver Linings Playbook. The award made her the second youngest to win the Best Actress category. She has also won a BAFTA Award for Best Actress in a Supporting Role with her role in American Hustle in 2013 and a Golden Globe Award with the movie Joy I 2015. In 2012-2015, Lawrence starred in Hunger Games film series making her the highest grossing action heroine of all time.

Jennifer Lawrence was born in Indian Hills, Kentucky to Gary and Karen. She is the third child of her parents. Growing up she considered herself as a misfit among her peers because her mother did not allow her to play with other kids. This was because her mother perceived her to be too rough with them which made her grow social anxiety and acted weird. Jennifer Lawrence took an interest in acting at a young age and performed for her family. At age nine she played a role of a prostitute in a church play centered on the Book of Jonah.

Jennifer Lawrence had her education at the Kammerer Middle School in Louisville. Whiles, there she took part in stage acting and was active in sports playing among boys in sports like softball, basketball, and field hockey. Lawrence was discovered by a talent scout in during a vacation with her family in New York. She then signed with the CESD Talent Agency. With a reluctant approach during the initial stages, her mother finally allowed her to audition for roles after her high school education. After two years of homeschool in Los Angeles, Lawrence was set to embark on her acting career while turning down several modeling offers.

Jennifer Lawrence terrific acting career started with her first minor role in television film Company Town, 2006 and went on to play roles in Monk, 2006 and Medium 2007. With an impressive start, she had a regular role on the TBS sitcom The Bill Engvall Show in 2007 which won her a Young Artist Award for Outstanding Young Performer in a TV Series in 2009.

After a successful TVdebut, she made it onto the big screen with the film Garden Party and The Burning Plan all in 2008 which gained her several acclaims. Garden Party won her the Premio Marcello Mastroianni Award for Best Emerging Actress at the Venice Film Festival.

Jennifer Lawrence played roles in several other films but gained the needed recognition through her breakthrough role in Winter’s Bones in 2010. She played the role of Ree Dolly a poverty-stricken teenager in the Ozark Mountains who cares for her mentally ill mother and younger siblings while searching for her missing father. Her performance won her the National Board of Review Award for Breakthrough Performance and an Academy Award nomination.

Since that breakthrough, Jennifer Lawrence has never looked back and has played roles in several movies and won numerous awards. In 2011, she had a role in X-Men: First Class which would serve as a prelude to the X-Men film series. The film grossed about $350 million worldwide and eventually became her most widely seen the film at that time.

In 2012 she also stars in one of her best films The Hunter Games,for which she received positive reviews and gained several recognitions. The film also made a gross of $690 million,which was the highest for a film with female lead making her the highest action heroine of all time. That same year, she gained a role in the Silver Lining Playbookin which she played a depressed widow Tiffany Maxwell. She had positive reviews for her role, adding up to her popularity as she won the Golden Globe and an Academy Award for her spectacular performance. The Academy Awards made her the second youngest winner of the Best Actress category for that award.

Jennifer Lawrence performance kept growing, and with that, she got several roles in films like Serene, 2013 and later her reprise in X-Men: Day of Future Past which was a sequel of X-Men: The Last Stand and X:Men: The First Class. That was also a huge success with the film grossing $748.1 million worldwide.

She has since featured in films like Joy, 2015, which won her a Golden Globe Award, X: Men: Apocalypse, 2016, Passengers, 2016 a movie she was paid $20 million. In all, Lawrence films have grossed over $5.5 billion worldwide. Her popularity is still on the rise and as young as she is, there is more to be expected of her.

Jennifer Lawrence upcoming projects include starring in the drama mother! in October 2017. The plot of the drama is about a couple whose unexpected visitors turn to interfere in their lives. Other actors to star in the drama are Javier Bardem, Domhnall Gleeson, and Michelle Pfeiffer to be directed by Darren Aronofsky. In November same year, she will feature in Red Sparrow as Dominika Egorova and directed by Francis Lawrence.

Jennifer Lawrence in 2010entered into a romantic relationship with actor Nicholas Hoult during the filming of  X-Men: First Class and broke up in 2014. She was one of the celebrities whose nude pictures were released online during the iCloud leak of celebrity photos in 2014. She was very peeved with the art terming it as a sex crime and sexual violation.

She is a strong advocate of feminism and gender equality and supports Planned Parenthood. The super actress has also found her voice in issues like the gender pay gap in Hollywood through an essay to the Lenny Letter in 2015. She is a member of the Academy of Motion Picture Arts and Sciences since 2011.

Jennifer Lawrence has been involved in several philanthropic acts in supporting organizations like World Food Programme, Thirst Project, and Feeding America. She was able to raise about $40,000 in support of the Saint Mary’s Centre in Louisville through the early screening of The Hunger Games: Catching Fire. In 2014 she also partnered with Chideo, a charity broadcast network she did the screening of Serena to raise funds for the 2012 Special Olympic World Summer Game.

She also launched the Jennifer Lawrence Foundation in 2015 to support Boys & Girls Club of America and the Special Olympics and also in 2016she donated $2 million Kosair Children Hospital for the setup of a cardiac intensive care unit to be named after her foundation.