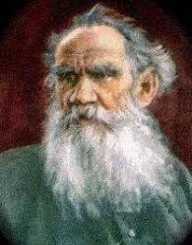 Leo Tolstoy was a Russian writer, recognized as one of the greatest writers of all times. His most famous books include The Death of Ivan Ilyich, War and Peace and Anna Karenina.

Count Lev Nikolayevich Tolstoy was born on 9th September 1828 in the province of Tula in Russia. He was the last born son of the famous Tolstoy family.

Tolstoy experienced a relatively tricky childhood. He lost his mother at the age of two. Another setback hit him at the age of 9; his father also passed on leaving him in the care of her aunt.

Leo Tolstoy did most of his primary education at home under German and French tutors. He later enrolled in the University of Kazan to pursue a course in languages.

He changed his course after a poor performance in the language. He later chose to take on a course in law. Despite changing the course, he did not complete the course. He left the university in 1847 without graduating.

Leo Tolstoy's failed attempt in education led him to try farming, an endeavor which he also failed in.  After that, he began writing his first novel Childhood, a book that described his early life. He published it in 1852.

He went into a crisis in 1852, after using all his savings in gambling. Tolstoy and his elder brother decided to join the army.

In the army, he served as an artillery officer. His rise to a lieutenant officer in the army ranks was attributed mainly to his bravery during the war. After the end of Crimean War, he left the army.

Leo Tolstoy's visit to Europe shaped his career. In 1857, he witnessed a public execution in Paris an experience that led him to write a letter to his friend Vasily Botkin explaining how his dissatisfaction of the governments.

His appetite for gambling in Paris led to another crisis; he lost all his money to gambling in 1857. His financial status led him to his home country in 1862.

Leo Tolstoy spent the better part of his life in the 1860s with his family in Yasnaya Polyana working on his first major work War and Peace. He released the novel in 1869. The book was praised for its historical accounts of Napoleonic wars; it contained fictional yet realistic characters.

After recording a success story in War and Peace, he set his mind to his second project Anna Karenina. The book explained the events from Tolstoy's life. The story was dominated by a romantic story that resembled his love story with his wife.

Leo Tolstoy married Sophia Andreevna Behrs on 23rd September 1862. His wife was 16 years younger than him. The couple lived happily until Tolstoy's started his outrageous beliefs. The major disagreement being brought by the family wealth.

Leo Tolstoy's struggle to uncover the meaning of life led to several churches. After trying several churches, he concluded that all churches were corrupt. He later founded his own belief through one of his work The Mediator. This led him to expulsion from the Russian Orthodox Church.

His intention to relinquish his wealth due to his new belief put a strain in the couple's marriage. His wife strongly opposed his plan of giving up the family wealth.

Some of Leo Tolstoy's later works include The Death of Ivan Ilyich in 1886. In 1898, he came up with Father Sergius; the book criticized his previous belief. His final work, The Living Corpse, made entry into the market after his death.

Leo Tolstoy died of what many believe to be old age on 20th November 1910. His body lies in the family estate in Yasnaya Polyana. The couple had 13 children.