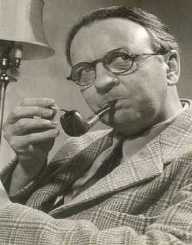 Raymond Chandler was born on July 23, 1888. He was an American novelist whose novels were based on the genre of crime and pulp fiction. In his life, he became a well known and respected novelist for his works. He wrote novels such as ‘The Bid Sleep’ and ‘Farewell My Lovely’ among other which became popular with the public. Most of his books have been made into films more than once. He began as a short story writer before he progressed to becoming a renowned novelist. He died on March 26, 1959, in La Jolla, California

Raymond Chandler was born on July 23, 1888, in Chicago, Illinois. He was born to Florence Dart and Maurice Benjamin Chandler. His family lived in Nebraska before his parents divorced. After the divorce, his mother relocated him to South London, England. In 1900, he was admitted to Dulwich College. He was a bright student in school, but he was troubled in a way. His teachers reported that he was most of the time absent minded. While at the college he learnt the English virtues of Honor, service, and chivalry. He did not attend college instead he chose to learn other languages. As a teenager, he spent some time in Munich and Paris.

In 1907, Raymond Chandler joined the civil service after returning to England. He was brilliant, but he found it hard to be a part of the bureaucracy. In 1912, he moved to the United States and enlisted in the Canadian Expeditionary Force during World War I. After that, he served as an accountant with the Dabney Oil Syndicate. In 1933, he became the vice president of the Dabney Oil Syndicate. Raymond Chandler was an alcoholic, and so he was fired from the Syndicate due to his high rate of alcohol intake. He was also fired because he was absent from work most of the time.

In 1939, his short story ‘The Bronze Door’ was published. This short story was free of crime. In the same year, he published his novel ‘The Big Sleep.’ This novel was received well as it introduced the fictional detective ‘Phillip Marlowe.’ He also wrote the novel ‘Farewell, My Lovely’ which was adapted into films by many screenwriters. In 1944, his novel ‘Murder, My Sweet’ was adapted in the cinema. In 1951, his novel ‘Professor Bingo’s Snuff’ was published. The book talks about the main character who inhales a magical snuff and then becomes invisible. In the plot of the novel, the character murders his wife and surrenders to the authorities.

In 1946, Raymond Chandler was honored with the ‘Mystery Writers of America’s Edgar Award for ‘The Blue Dahlia.’ He wrote the original screenplay for the movie ‘Blue Dahlia.’  In 1955, he won the same award for ‘The Long Goodbye.’ He published ‘The Long Goodbye’ which was based on his life. He wrote about how his wife died and how he was struggling with alcoholism and suicidal thoughts.

In 1924, Raymond Chandler married model Cissy Pascal. Cissy died in 1954; her death drove Raymond into depression and deep alcoholism as he had loved her so much. He felt so lonely that he considered suicide to end his life. He died on March 26, 1959, due to pneumonia at the Scripps Memorial Hospital. Raymond is buried at the Mount Hope Cemetery, in San Diego, California.