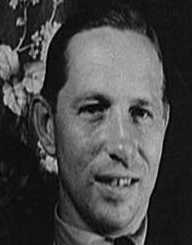 Louis Bromfield was an American born on 27th December 1896. He is remembered for his fiction and non-fiction works. One of his novels Early Autumn won him Pulitzer Prize in 1926.

Louis Bromfield was born and grew up in Mansfield, Ohio. His parents were Charles Brumfield and Annette Mary Brumfield. Between 1914 and 1916, he went to Cornell University to study Agriculture. After two years he went to study journalism at Columbia University.

His time at Columbia University was short-lived; he went to serve his country in World War I. After his service in the military in the military, he returned to New York.

After serving in the Army, Louis Bromfield found a job in New York, where he found a job as a journalist. In 1924, he wrote his first novel The Green Bay Tree, a novel that went on to win Pulitzer Prize.

All of Bromfield's collection of 30 books performed well in the market. His books were among the bestselling books of its time. His reputation as a renowned writer expanded with thousands of people visiting his Malabar Farm State Park.

Louis Bromfield got married to Mary Appleton Wood in 1921 and had three daughters together.

Bromfield took his family to Paris for a vacation where they stayed in France for 13 years and returned to the U.S. after the World war had threatened to destroy Europe. His return to Europe saw him buy 1000 acres piece of land/ where he did farming for 20 years on his farm.

Louis Bromfield was elected to Ohio Agricultural Hall of Fame.

He won Pulitzer Prize in 1923 for his work Early Autumn.