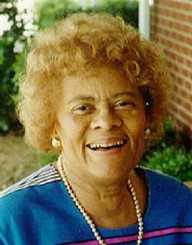 Evelyn Boyd Granville was born on May 1, 1924. She is an African-American. She is renowned for being the second woman to receive a Mathematics Ph.D. from an American University. She is currently Ninety four years old.

Evelyn Boyd Granville was born on May 1, 1924, in Washington D.C, United States. She was born to William and Julia. She was brought up alongside one sibling. She studied at Dunbar High School. In 1941, she got a scholarship and joined Smith College where she studied Mathematics and Physics. She was also interested in astronomy.

Evelyn Boyd Granville started her career when she went to New York University Institute of Mathematics to teach and carry out research. She later went to teach at Fisk University in Nashville, Tennessee a black student’s college. In 1952, she returned to Washington D.C. She worked at the Diamond Ordnance Fuze Laboratories. In 1956, she served as a computer programmer in IBM. In 1957, she went to New York City.

In 1960, she went to Los Angeles to work for the then the United States Space Technology Laboratories which changed to the current North American Aviation Space and Information Systems Division. She later worked for the Apollo Program in projects such as Celestial mechanics, digital computer techniques and trajectory computation.

In 1967, Evelyn Boyd Granville became a professor of mathematics at the California State University in Los Angeles. In 1984, she retired from the California State University. She then served as a teacher at the Texas College, Tyler, Texas. In 1988, she quit teaching at Texas College. In 1990, she became the Sam A. Lindsey professor of mathematics at the University of Texas, Tyler. She after that created the elementary school math enrichment programs.

In 1960, Evelyn Boyd Granville got married to Reverend Gamaliel Mansfield Collins with whom she divorced in 1967. In 1970, she got married to Edward V. Granville. She is currently Ninety four years old.