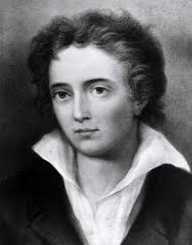 Percy Bysshe Shelley was born in an aristocratic British family on August 4, 1792, in West Sussex, England. He was the eldest child of the seven children in the family of Timothy and Elizabeth Shelley. Timothy was a wealthy aristocrat and parliamentarian. In 1802 Shelley joined Syon House Academy. He spent two years and then went to Eton College. He experienced first-hand bullying and prejudice from older students. Shelley experimented coping with the hard life by writing. He wrote two novels in a span of one year.

He graduated and went to the University College in Oxford in 1810. He met Thomas Jefferson Hogg and struck a friendship. Shelley co-wrote a book with Hogg titled The Necessity of Atheism. Oxford was a Christian based institution of higher learning. They were summoned to the university senate and asked about whether they authored the book. Shelley got expelled after he refused to confirm or negate being part of the book. Back at home, he faced his parents who ordered him to denounce his acquired beliefs.

In August 1811 he ran away with his forbidden girlfriend, Harriet Westbrook to Scotland. Westbrook was suicidal. He fell in love with another woman Elizabeth Hitchener.

Percy Bysshe Shelley wrote his first poem at Eton College. In 1810 he wrote the poem Zastrozzi, months before graduating. After enrolling at Oxford, he wrote Posthumous Fragments of Margaret Nicholson. After his expulsion from college and eloping to Scotland, he wrote about his new found love for Elizabeth Hitchener. In the poem Queen Mab: A Philosophical Poem, Shelley mirrors an ideal society where love and romance prevail over everything. In part, he debates his newfound socialist convictions.

Still married to Westbrook, Shelley got involved with another woman Mary. The two ran away to continental Europe in 1814. He returned to England due to financial constraints. He fathered a son with Harriet in 1814 and with Mary in 1815. However, Mary’s child died of premature birth complications. In January 1816, Shelley had a child with Mary. In the latter part of 1816, Shelley spent his time in Lake Geneva. He wrote a novel with his friend with the title Frankenstein. Shelley wrote another poem titled The Spirit of Solitude in the fall of 1816. In December 1816, Harriet’s body was found in a lake in London. She died from an apparent drowning. He formalized his union with Mary.

Percy Bysshe Shelley wrote a characteristic long poem Laon and Cythna. In the narrative poem, he criticises religion and absolves incest. The book was withdrawn from the market for its content. In 1818 it was republished after reediting under the title The Revolt of Islam. He also produced a political publication The Hermit of Marlow.

Shelley left England for Italy in 1818. He continued publishing his works in Italy and continental Europe. He wrote several publications in Italy like Prometheus Unbound and the Cenci. Shelley also wrote what critics see as a reply to the Peterloo Massacre, a book titled The Masque of Anarchy and Men of England. In his active career, Shelley wrote over 70 publications comprising of poems, essays, novels, and short stories.

Percy Bysshe Shelley married twice. He first married Harriet. He remarried Mary after Harriet died in December 1816. They stayed together until his death. He fathered five children in his two marriages. Only three children grew to adulthood.

He was a non-conformist in his spiritual convictions. Shelley denounced Christianity and adhered strictly to his brand of atheism. He was a vegetarian.

On July 8, 1822, Percy Bysshe Shelley died in a storm at sea. He drowned on his way from Livorno to La Spezia, Lerici Italy in his vessel Don Juan. He was barely a month away from celebrating his 30th birthday. After a search at sea, his body was recovered on the Viareggio beach. He was cremated at the spot where his body was washed ashore. His ashes were later buried in Rome.

Speculation arose of foul play in his death. Some quarters said that Shelley was murdered for his political convictions. No one substantiated the claims. Shelley controversially left the world just as he lived on it.

Shelley had an ideal society in his mind. He penned down socialist ideologies that were alien to his community. Future scholars of socialism like Karl Marx and Leo Trotsky became students of his theories.

He also ascribed to the notion of non-violence in passive resistance. Mahatma Gandhi and Martin Luther King Jr. embraced his ideas in fighting for equality.