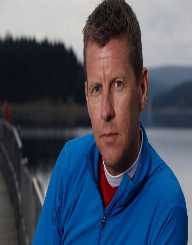 Stephen “Steve” Cram was born in Gateshead, England on October 14, 1960. His parents Bill and Mia had another son, Kevin. Cram’s father was a police officer and his mother was a homemaker. Cram was taught the value of hard work from an early age. His father was responsible for teaching the young boy strong values, ethics and morals, and introduced him to sports.

From an early age, Cram was very athletic and began running at a very young age. In 1980, he made his first big achievement, when he won a place on the British Olympic team, when he finished 2nd to Steve Ovett in the mile race. During the 1980 Moscow Olympic Games, Cram reached the finals of the 1500 m race and finished in the eight place overall.

His first major appearance at the Olympics made Cram the sportsman to watch. He made his breakthrough in 1982 when he won the 1500 m gold medal at the Commonwealth Games and the European Championships in Athens. At the beginning of 1983 season, Cram suffered from several injuries but made a recovery for the 1983 World Championships in Helsinki. Later that year, he won the epic mile race at Crystal Palace.

In 1984 season, Cram was again severely injured but managed to recover in time for the 1984 Olympic Games in Los Angeles. He won the silver medal in the 1500 m race. Cram started out the 1985 season strong and was beaten only three times during the whole season. He even managed to win the 800m race against the Olympic Champion Joaquim Cruz, making his career record of 1:42.88. This season, he broke three world records within 19 days. Cram also became the first man to run the 1500 m race under 3:30.00. That year at the Bislett Stadium in Oslo, Cram made his record of mile time 3:46.32, which was the World record for eight years and is still the European record.

By the 1985, Cram had made his reputation as one of the most exciting middle distance runners. In his 300 m races, Cram gradually winded up his speed and made himself difficult to catch. In the 1986 seasons Commonwealth Games, Cram won the 800 m race and set the games record in 1:43.22, which is still the Commonwealth Games record. He also won both 800m and 1500m events in the 1896 European Championships in Stuttgart.

In 1987, Cram got slower on the 1500m races and was beaten by Jose Luis Gonzales in the European Cup. Cram finished 8th at the 1987 World Championships. However, in the Dream Mile race in Oslo in 1988, Cram won the title for the fourth consecutive time. Cram was one of the favorites to win the gold in the 1500m race at the Seoul Olympic Games in 1988, but he got a claf injury during a race just before the Olympics. For this reason, Cram was eliminated in the 800 race heats. Throughout the remaining years of his career, Cram suffered from continues injuries. Cram retired from athletics in 1994.

Cram and his wife of many years, Karen, divorced in 2001. He since has dated a former athlete Allison Curbishley. Cram and Karen had two children- Josie and Marcus.