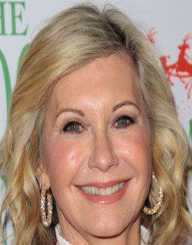 Olivia Newton-John was born on September 26, 1948. She is an English-Australian Singer. She is also a songwriter, actress entrepreneur and an activist. She is renowned for winning the Grammy Award many times. She is currently Seventy Years old.

Olivia Newton-John was born on September 26, 1948, in Cambridge in Cambridgeshire, England. She was born to Welshman Brinley ‘Bryn’ Newton-John and Irene Helene. She was brought up alongside two siblings. In 1954, her family migrated to Melbourne, Australia. She joined Christ Church Grammar School. She after that enrolled at University High School.

In 1962, she formed ‘Sol Four’ a girl group. She also appeared in ‘The Go Show.’ She later appeared in ‘Sing Sing Sing’ a television program where she performed ‘Anyone Who Had a Heart’ and ‘Everything’s Coming up Roses’ hence emerging victorious.

In 1965 Olivia Newton-John starred as Olivia in ‘Funny Things Happen Down Under.’ In 1966, she recorded and released ‘Till You Say You’ll Be Mine.’ She later alongside Pat Carroll formed ‘Pat and Olivia’ a duo they used to tour in nightclubs across Europe. She later joined ‘Toomorrow’ musical group. In 1970, they starred in a Science Fiction Musical. They later recorded and released ‘You’re My Baby Now/Goin Back’ and ‘I Could Never Live without Your Love/Roll like a River’ singes.

In 1971, she released ‘If Not For You’ her next solo album. She later released ‘Banks of the Ohio’ which emerged the best hit across the United Kingdom and Australia. She was a guest in ‘Its Cliff Richard’ a weekly show. She later starred alongside Cliff Richard in ‘The Case.’ In 1973, she released ‘Let Me Be There’ single which revived her success on the charts.

In 1974, Olivia Newton-John sang ‘Long Live Love’ in the Eurovision Song Contest representing the United Kingdom. She later released ‘If You Love Me, Let me Know’ album that contained six Eurovision performed songs. She also released ‘I Honestly Love You’ single.’ In 1975, she released the singles ‘Have You Never Been Mellow,’ ‘Please Mr. Please’ and ‘Something Better to Do.’

Olivia Newton-John later released the singles ‘Hopelessly Devoted to You’ and ‘Summer Nights’ which emerged on the Billboard’s top 5. She later released 'Totally Hot’ a studio album. In 1979, she performed the Music for UNICEF concert in the United Nations International Year of the Child.  She was also appointed United Nations Environment Programme’s Goodwill Ambassador. In 1980, she released a duet ‘I Can’t Help’ alongside Andy Gibb.

She later starred in ‘Hollywood Nights’ television special. She later appeared in ‘Xanadu’ a musical film. She later released ‘Magic,’ ‘Suddenly.’ ‘I’m Alive’ and ‘All Over the World.’ In 1981, she released ‘Physical’ her double platinum studio album. She later released a video for it. She after that released ‘Olivia’s Greatest Hits Vol. 2’ which was her second collection album.

In 1983, Olivia Newton-John's tour featured in ‘Olivia in Concert’ television special. She later alongside John Travolta released ‘Two of a kind’ which was a duo. She later released ‘Livin in Desperate Times’ and ‘Take a Chance’ which was a duet with Travolta. She alongside Pat Carroll formed ‘Koala Blue’ which was an Australian imports store and a store which later became a clothing boutique. In 1992, it was closed down due to bankruptcy.

In 1985, she released ‘Soul Kiss.’ In 1986, she performed the Australian National Anthem at the VFL Grand finale of 1986.  In 1988, she recorded and released ‘The Rumour.’ In 1989, she released ‘Can’t We Talk Over in Bed.’ In 1991, she served as the Colette Chuda Environmental Fund/ Children’s Health Environmental Coalition’s National Spokesperson. In 1992, she released ‘Back to Basics-The Essential Collection 1971-1992’ which was a collection album.

In 1979, Queen Elizabeth II named her Officer of the Order of the British Empire. In 1981, she was inducted into the Hollywood Walk of Fame. In 1982, she received the Video of the Year Award in the Grammy Awards due to her video song ‘Olivia Physical.’ She won the Favorite Female Musical Performer severally. In 2002, she was inducted in the Australian Recording Industry Association Hall of Fame.

In 1984, Olivia Newton-John got married to Matt Lattanzi with whom she had one child. In 1992 she was diagnosed with breast cancer. In 1995, she divorced Matt Lattanzi. In 2008, she got married to John Easterling. In 2017, her cancer returned metastasized to her lower back. She is currently Seventy years of age.