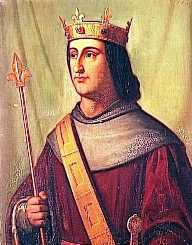 Charles X of France was born on October 9, 1757, at the Palace of Versailles, France. He was born to Louis de France who was the surviving son of the reigning King Louis XV and Dauphine Marie Joseph who was a Duchess of Saxony and the daughter to the King of Poland. His mother died in 1767. Charles was brought up alongside three bothers even though they were born thirteen children most of them died while they were young. In 1782, Charles was engaged in the siege of Gibraltar.


His entry into politics

In 1786, the monarchy of France faced bankruptcy from wars. Charles X of France's grandfather Louis XV died, and he was succeeded by King Louis XVI of France. France had to take financial reforms to save the monarchy. Charles agreed on removing the financial privileges of the aristocracy, but he was opposed. Later on, the King set up ‘The Estate Assembly.’

The assembly failed to find a solution because the ordinary people wanted the votes to be taken as a whole but the clergymen and the nobles favoured vote by estates. Charles X of France did not accept the votes of the common people as they would have got more votes. In 1789, he had the pro-reform Finance Minister of France dismissed from his post. His action led to an uprising, and so he fled France with his family.

Charles X of France ran to Savoy then to Turin and then Trier. At Trier, he tried to come up with a counter revolutionary invasion of France, and he set up a court in exile at the Electorate of Tier. In 1792, the National Assembly declared Charles and other immigrants traitors and confiscated their property. The monarchy was abolished the same year and the royal family imprisoned. Charles escaped to Britain where he received a general allowance from King George III.

In 1814, Charles X of France left England to join the coalition forces in the South of France as the Lieutenant General of the Kingdom. In 1814, Senate made an invitation to the Bourbons to reassume the throne of France. The same year Charles returned to Paris where he acted as Lieutenant General until King Louis XVIII returned from England. In 1824, King Louis XVIII died, and Charles succeeded him as Charles X of France.

Charles X of France began his reign by the abolition of censorship. He also offered amnesty to political prisoners and promised to rule according to the charter. He introduced laws that made him very unpopular. In 1825, he was anointed at the Cathedral of Reims. In 1827, his government lost majority as his unpopularity among the people was growing by the day. In 1828, he dismissed two Prime Ministers, Villel, and Jean-Baptise. The following year he appointed Jules de Polignac as Prime Minister who lost majority but refused to recall the chamber. In 1830, the Chamber was convened, but the King had negative things to say hence his popularity declined even the more.

Charles X of France went ahead to issue ordinances by which the press went under censorship, the electoral system was altered, and the newly elected chamber was dissolved.  The laws led to unrest and uprisings that saw the King leave Paris. He took refuge at Rambouillet. In 1930, he was forced to abdicate the throne in favour of his grandson Henry, Duke of Bordeaux. His will was however ignored and Lieutenant General Louis Philippe, Duke of Orleans was selected as the new King of France.

In 1773, Charles X of France married Princess Maria Teresa of Savoy who was the daughter of Victor Amadeus III, King of Sardinia. The couple had four children Louis Antoine, Charles Ferdinand, Sophie and Marie Therese. He died on November 6, 1836, of Cholera in Gorizia.