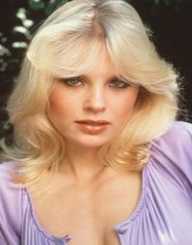 Dorothy Ruth Hoogstraten was born 28th February 1960, to Simon and Nelly Hoogstraten. She was born in Vancouver, British Columbia, in Canada. She was the oldest of three siblings, with a younger brother and a younger sister. Stratten was studying at Centennial High School in 1977, and at the same time had a part-time job at Dairy Queen.

While at work, she met Paul Snider, a 26-year-old who was a pimp and he also promoted clubs in the Vancouver area. Stratten started dating Snider, and before long, Snider had professional nude photographs taken of Stratten which he then sent to Playboy Magazine. As Stratten was under the age of consent in Canada, which was 19, her mother had to sign the model release form on her behalf.

Dorothy Stratten moved to Los Angeles in August 1978. She was chosen as one of the finalists for the 25th Anniversary Great Playmate Hunt. Snider followed her to Los Angeles in October, and in June 1979, they married. By this time, she had shortened her name to “Stratten.”

Stratten was named Playboy’s Miss August 1979, and she began working as a bunny at the Playboy Club in Century City in Los Angeles. Hugh Hefner was hopeful Stratten would also become successful as an actress, and she did start to win roles in various television series and movies.

In 1980, Stratten was named Playboy’s Playmate of the Year. She was encouraged by Hefner to break ties with Snider, and she was also warned by other friends to do the same. In 1981, while filming They All Laughed, Stratten started an affair with the director, Peter Bogdanovich.

She separated from Snider and moved in with Bogdanovich. She planned divorce from Snider, and he wasn’t happy as he had seen Stratten as his meal-ticket.

On 13th August 1980, Snider purchased a 12-gauge shotgun from a private seller. Dorothy Stratten was due to meet Snider on 14th August at his rented house in West Los Angeles. The sad part is, Stratten was advised that she didn’t have to meet with Snider and that the divorce and settlement could now be handled by her attorney. She chose to meet Snider in person to keep things on a friendly basis.

Snider had two roommates who had left home in the morning. When they got home that evening, Stratten’s car was out the front, but Snider’s bedroom door was closed. The roommates assumed Stratten and Snider had reconciled and let them be.

Snider’s private detective alerted the roommates, and they opened Snider’s bedroom door just after 11 pm to find the bodies of Stratten and Snider. Snider had shot and killed Stratten and then shot himself as a suicide. The private detective notified the Playboy Mansion just after midnight, and Hefner then informed Bogdanovich. Bogdanovich took the news badly and had to be sedated. Stratten’s mother was told later that morning.

Dorothy Stratten had appeared in five movies, including Skatetown U.S.A. (1979) and Galaxina (1980). She was also in three television series, including Fantasy Island (1979) and Buck Rogers in the 25th Century (1979).

Bogdanovich released a book about Dorothy Stratten in 1984, called, The Killing of the Unicorn. In 1988, he married Stratten’s younger sister, Louise. Bogdanovich was 49, Louise was 20. The couple divorced in 2001.