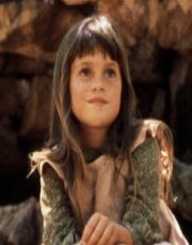 Sidney Greenbush was born on May 25, 1970. She is an American actress. She is renowned for her appearances in the drama Series Little House on the Prairie alongside her twin sister Lindsay Greenbush. She is currently Forty Eight years of age.

Sidney Greenbush was born Sidney Robyn Dane Bush in Los Angeles, California, United States. She was born to Billy ‘Green’ Bush and Carole Kay bush. She was brought up alongside two siblings. In 1973, she alongside her twin sister started their career by starring in ‘Sunshine’ as Jill Hayden. In 1974, they appeared in ‘Little House on the Prairie’ a film that led to their debut as Carrie Ingalls. They appeared playing their same role in that film.

In 1978, they appeared again in ‘Little House on the Prairie’ playing the same role. They appeared in this film until 1982. She later alongside Lindsay went to New York for an appearance in ‘Kids Are People Too’ program. In 1983, she appeared alone in ‘Hamnbone and Hillie’ as Amy McVickers. She later alongside Lindsay appeared in several television commercials that included ‘Kentucky Fried Chicken,’ ‘Doublemint Gum’ and ‘Mattel Toys.’ She also had interest in barrel racing which she became involved in.

In 2001, she appeared in ‘To Tell the Truth’ as herself. In 2014, she alongside her twin sister appeared in the real life show ‘Walnut Grove’ in Minnesota following the 40th anniversary of television shows’ premiere. In 2015, she was hosted in an interview with ‘The Malibu Times.’