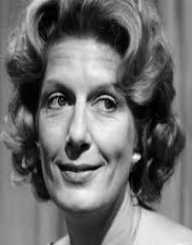 Nancy Marchand was an award-winning American actress. Born on June 19, 1928, her acting career spanned professionally 1951 to 2000. Marchand started from the theatre after which she ventured into television and film.

Following several roles, she rose to fame with her role as Margaret Pynchon on Lou Grant, from 1977 to 1982. After that impressive performance, she won an Emmy Award. Also, her performance in Comedy/White Liars earned her a nomination Tony Award for Best Performance by a Leading Actress in a Play.

Nancy Marchand was born on June 19, 1928, in Buffalo, New York. Born to Marjorie Freeman and Raymond L. Marchand, she has raised a Methodist. Her father was a physician and her mother a pianist.

Marchand was shy growing up so to subdue it; she decided to go into acting. She received education at the Carnegie Institute of Technology (now Carnegie Mellon University) graduating in 1949.

Nancy Marchand appeared in a summer stock production of The Late George Apley in 1946. Following a successful study at the Actors Studio, Marchand launched a theatrical career. She joined the Brattle Theatre in Cambridge, Massachusetts.

It was during this period that she met her future husband actor Paul Sparer. In 1951, she made a Broadway debut appearing in The Taming of the Shrew. Subsequently, she performed in many other theatre works. She acted in The Merchant of Venice and Love’s Labour’s Lost. Later works include Much Ado About Nothing, Man and Superman, and The School for Scandal.

Marchand’s role in The Balcony won her an Obie Award for Distinguished Performance. Also, she won an Obie for The Cocktail Hour and Drama Desk Award for Morning’s at Seven.

Nancy Marchand made a film debut in The Bachelor Party, 1957, as Mrs. Julie Samson. She followed it with roles in Ladybug Ladybug, Tell Me That You Love Me, Junie Moon, and The Hospital. Other works include, Regarding Henry, Brain Donors, Reckless, Sabrina, and Dear God.

She gained fame for his performance on Lou Grant as the newspaper publisher Margaret Pynchon.

The role won Nancy Marchand four Emmy Awards for Best Supporting Actress in a Dramatic Series. She is also known for the role of Livia Soprano on the HBO series, The Sopranos. For her performance, she earned a Golden Globe Award nomination for Best Performance by an Actress in a Supporting Role.

Nancy Marchand played several television roles including in The Philco Television Playhouse, Playhouse 90, and The Law and Mr. Jones. Additionally, she appeared in Law & Order, Spenser: For Hire, Night Court, and Coach. Subsequent roles include in Cheers and Crossroads.

Nancy Marchand married actor Paul Sparer. They were married for 48 years from 1951 to 1999. The couple has three children, Katie Sparer, Rachel Sparer Bersier, and David Sparer. Paul died of cancer in 1998. Marchand suffered from emphysema and lung cancer.

Nancy Marchand died on June 18, 2000, in Stratford, Connecticut, just a day before her 72nd birthday. She received a posthumous induction into the American Theatre Hall of Fame.