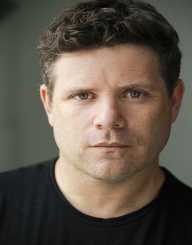 Sean Astin is an award-winning actor, famously known for his role as Samwise Gamgee in ‘The Lord of the Rings trilogy.' Notably, he has directed films such as ‘Kangaroo Court’ which he co-produced with his wife and a voice career in series such as the Nickelodeon’s ‘Teenage Mutant Ninja Turtles’ and provided the voice of Raphael.

Sean Astin was born to parents Michael Tell and Patty Duke, on February 25, 1971, in Santa Monica California. His mother, Duke, was an actress while his father was a music promoter and a writer who published ‘The Las Vegas Israelite’ newspaper. However, before Astin’s birth, his parents’ marriage ended in 1970.

In 1972, his mother married an actor John Astin who adopted Sean Astin as his own. The marriage lasted 14 years, and a year after their divorce, his mother married Mike Pearce.
Although his mother tried to convince him that John Astin was his father, in his mid-twenties, he took genetics tests to find out his biological father after he met Michael Tell’s relative.

Even though the tests proved that Mike Tell was his biological father, he continued maintaining a good relationship with his stepfathers proudly admitting that he had four dads. Sean Astin attended high school at the Crossroads school for the arts and later took master classes at Stella Adler Conservatory in Los Angeles.

Remarkably, Sean Astin graduated with a Bachelor of Arts in History and English from UCLA. After his studies, he served as a board of director of Patrons Association and a council of Arts in Los Angeles Valley College.

Sean Astin started his acting career at the age of 10, where he appeared in a television film ‘Please Don’t Hit Me, Mom,' in which he played alongside his mother, Patty Duke, portraying a child with an abusive mother.

At the age of 13, he performed as Mikey in ‘The Goonies’ which opened doors to several other movies such as the Disney’s television movie titled, ‘ The B.R.A.T Patrol,' and ‘Like Father Like Son', and ‘White Water Summer’ of 1987.

In 1995, he appeared in a Showtime Science fiction film entitled ‘Harrison Bergeron’ followed by a gulf war film, ‘Courage Under Fire’ of 1996 and a political satire directed by Warren Beatty;‘Bulworth’ in 1998.

From 2000, Sean Astin appeared in Peter Jackson’s ‘The Lord of the Rings’ film trilogy.'In 2001, he appeared in the first installment, ‘The Fellowship of the Ring’ followed by ‘The Two Towers’ in 2002 and ‘The Return of the King’ in 2003.This trilogy earned him eleven Academy Awards as well as the Best Picture.

From this film performance, Sean Astin received five awards for Outstanding Performance by a Male or Female in Effects Film.While working on the filming process, Astin persuaded several cast members to help him in making his second film, ‘The Long and Short of It,' which appeared at Sundance Film Festival in 2003.
In 2004, Sean Astin released a chronicle of his experiences during the filming of ‘The Lord of the Rings trilogy’ entitled ‘There and Back Again.’ Astin continued with his film roles in comedies such as ‘50 First Dates’ and ‘Click.'

Additionally, he played as Mike Matthews, in the movie ‘Smile,' where he portrays a Malibu high school principal and guest starred in a Fox drama ‘24’ throughout the fifth season. In 2003, Sean Astin directed an episode titled ‘Soulless’ of a TV series ‘Angel’ and played Mr. Smith in the second season of the series ‘Jeremiah.’

Sean Astin has also taken a career in voice acting in various films such as in the Disney Channel series where he provided the view of the main character in the series ‘Special Agent Oso’. He also narrated the series ‘Meerkat Manor’ in the American version of the Animal Planet and voiced Kodi in the video game ‘Kingdom Hearts.'

Currently, he is the voice of Raphael in the animated series, ‘Teenage Mutant Ninja Turtles’ on Nickelodeon film which premiered on September 29, 2012.
In 2010, Sean Astin made a movie based on Lois Lowry’s ‘Number the Stars,’ novel alongside his wife, Christine.

He also played the role of Matthew in a dramatized audio of ‘The Truth and Life’ directed from the New Testament using RSV-CE. On March 2012, he played in ‘Funny or Die’ as a cosmetic surgeon in a fake a movie trailer entitled Boobathon as TakinMastuhmik.

Sean Astin played a military thriller entitled, ‘Boys of Abu Ghraib’ in March 2014 followed by an FX drama ‘The Strain’ which he played as Jim Kent.Later in 2015, he played a story ‘Woodlawn’ which entails a high school team which overcomes its problems by following Jesus.

On July 1, 1992, Sean Astin married Christian Harrell, who held the Miss Indiana Teen USA title in 1984.The couple has three daughters; Alexandra, Elizabeth, and Isabella.
Astin’s daughter, Alexandra, appears in the closing scene of ‘The Return of the King’ where she plays ElanorGamgee.

Alongside seven other actors of ‘Lord of the Rings’ Astin has a tattoo on his ankle with a Tengwar script written nine. Sean Astin had this tattoo to commemorate his character membership in the first installment of the trilogy, ‘Fellowship of the Ring.’

In 2004, he participated in a presidential campaign rally supporting Senator John Kerry and served as an opening speaker in Portland, Oregon. Sean Astin supported Senator Hillary Clinton in her two failed presidential campaigns in 2008 and 2016. In 2015, he competed for the Dopey Challenge at Walt Disney World resort and the Ironman World Championship at Kona in Hawaii.

Triumphantly, Sean Astin won several awards including the MTV Movie Awards of 2001. He received alongside Elijah Wood and Screen Actors Guild for outstanding performance by a cast in a Motion Picture.

Also, he earned several nominations including the 1989 nomination by Young Artist Awards as the Outstanding Young Ensemble Cast and the 2003 nomination by the Washington D.C Area Film Critics Association for Best Ensemble.