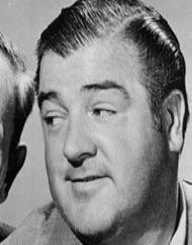 Lou Costello was born on March 6, 1906. He was an American comedian and an actor. He is to be remembered for the comedy duo; double act. The pair in the comedy was Abbott and Costello. Together they released their first movie, One Night in the Tropics. This film featured some favorite skits that they had made earlier. The two comedians gained popularity over the period between the 1940s and 1950s. They managed to record over 50 episodes of their show, The Abbott and Costello Show.

Louis Francis Cristillo was born on March 6th, 1906. His place of birth was in Paterson, New Jersey. His father and mother were Sebastiano Cristillo and Helen Rege respectively. Costello’s father was of Italian descent whereas his mother was a combination of Italian, Irish and French ancestry.

While working with Bud Abbott, these two made a comedy duo that gained them popularity in the 20th century. Before fame, both had to struggle to achieve what they did during this era. Before heading to Hollywood in 1920s, Costello first quit high school and later worked in some jobs including boxing.

Lou Costello had a dream of becoming a movie star. Sadly, his ideas did not come to life as he later got disappointed. During this period, he worked in movie studios not as an actor but as a laborer and a stuntman. With his disappointment in his film career, he opted to enter into comedy. Ultimately, he joined hands with Bud Abbott.

In their comedy act, Budd Abbott starred as the straight man. On the other hand, Lou Costello was the brilliant clown by Abbott’s side.  In 1938, the duo was fortunate enough to appear on a radio for the first time. Sooner or later, they had numerous followers that loved their funny verbal hails from Costello to Abbott. The baseball bit termed as "Who's on First?" stood as one of their most famous skits.

In 1939, their efforts began to bear fruits as Lou Costello soon got to taste Hollywood success. This was after they entered into a contract with Universal Pictures.  A year later, in 1940 after signing this deal, they released their first movie, One Night in the Tropics. This film included some of their recent skits that made them famous, e.g., "Who's on First?" "Two Tens for a Five" was also featured in their first film release.

By 1941, Costello and his friend had gained a large fan base. This year, they released their second film, Buck Privates. People loved their creativity and humor, and this also made them quite famous.

In the period from 1940 to 1950, Lou Costello and Abbott remained famous as they were never far away from the public eye. During the 50s, they tried the new television show where other successful celebrities were hosted. As a result, they managed to record over 50 episodes featuring The Abbott and Costello Show. These events were syndicated for decades.

In 1956, the duo released their last film together before going separate ways. This movie was called Dance with Me Henry. Costello and Abbott had made close to 36 films together. Soon after, Costello went ahead to feature in other films including Wagon Train - 1958 and The Thirty Foot Bride of Candy Rock - 1959.

Lou Costello succumbed to a heart attack in March 1959.

In early 1934, Lou Costello got married to Anne Battler. They had four children together.