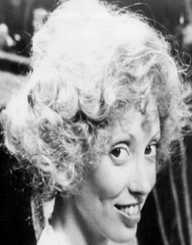 Texas-born Shelley Alexis Duvall has made a name in the entertainment industry over the years. The former actress, singer, producer, and writer portrayed some weird roles which brought her to spotlight during her career. She was at the peak of her career in the 80s, and she became known for some of her most famous works like The Shining (1980), and Popeye (1980). Her most recent appearance was in her 2002 Manna from Heaven.

But how the famous Shinning's Wendy Torrance suddenly faded into oblivion still amazes her fans – and the world.

In the first years of her life, Shelley Duvall was dubbed "Manic Mouse" – a name particularly given to her by her mother, as she was fond of running around the house. If she was not dashing all over the place and tipping over furniture, then you could guess she was drawing. Everything about little Shelley spoke loudly of her artistic nature.

Following her graduation from Waltrip High School, Texas, Shelley Duvall worked in a cosmetic store as a salesperson. She had also registered at the New York's Actors Studio in the early 70s but abandoned her training because she felt the classes were too technical. She then fully embraced her natural acting approach.

Although Shelley Duvall had played active roles in high school plays, her talent was discovered in 1970 at a party. Robert Altman took interests in her, and this led to her first movie appearance in a movie named Brewster McCloud. Shelley’s outstanding performance in her first film won Altman's heart. This gave her roles in 1971’s McCabe and Mrs. Miller, 1974's Thieves Like Us, and 1975's Nashville.

Her successes in her first four films were topped by her superb performance in 1977's 3 Women when she played a leading role as Mile Lamoreux. This remarkable performance won her the Best Actress the same year at Cannes Film Festival. In the following years, Shelley featured in Bernice Bobs Her Hair, Annie Hall. In 1977 Shelley was the host of Saturday Night Live.

IN 1979, Director Robert Altman saw Shelley Duvall as the best fit for a role [Olive Oyl] in his movie and wanted her by all means. Interestingly, Shelley has been nicked Olive Oyl in during her days in grade school, and taking the role would only bring back such awful memories. So, she declined. But after much persuasion, she reconsidered her decision and did admirably well in it.

Down into the 80s, Shelley’s career continued to soar – this was inarguably the peak of her career. She starred in Stanley Kubrick’s The Shining which remains one of the best performances in her career.  While on set for The Shining in London, Altman called on her to play “Olive Oyl “ in his new project, Popeye – a role nobody else in the industry could take but Shelley. Her performance, as expected, was outstanding.

Then she played Pansy in 1981 Time Bandit. She later became the executive producer of Faerie Tales Theatre. Other of her works include ShowTime’s Tall Tales & Legends (1985) Frankenweenie (1984) The Twilight Zone, Roxanne (1987).

Fast forward to the 90s, Shelley Duvall made an appearance in Suburban Commando. At this time, Shelley had formed Think Entertainment concept and a Universal Family Entertainment which collaborated to produce Shelley’s Bedtime Stories for kids. Shelley recorded huge success in her career between the 70s and 90s.

However, her career began to dwindle in the 2000s as she only took minor roles and few appearances. Among these are her characters in Bolt Neck, Dreams in the Attic, and her last ever appearance in Manna from Heaven in 2002.

Shelley Duvall and Bernard Sampson tied the knot in 1970. Sadly, the couple got divorced in 1974.

She again found love in Singer Paul Simon. They had a romantic affair for two years and broke up when Carrie Fisher (Shelley's supposed friend) started having an affair with Paul Simon.

At one time, rumors had spread that Shelley and Stanley Wilson were set to marry, but nothing more was heard of that.

Shelley’s love for nature – pets in particular – is evident in her songs lyric and storylines. Between the 80s and 90s, Shelley had lived alone with her pets in California.

Shelley Duvall has been living a private life in Blanco, Texas, since 2002 when her retirement was officially announced. News of her mental illness was confirmed in 2016 when the USA Today hinted the world about her health challenge. Weeks later she was a guest on Dr. Phil TV show and made some revelations which have raised mixed reactions from her fans. Following the controversial episode, the Actors Fund of America offered to assist her with her health condition.

In 981, Shelley was nominated – but this time around – for Razzie Award for Worst Actress in her role in The Shining.

In 1984, the Faerie Tale Theatre won her the Peabody Award.

Her Tall Tales and Legends was nominated for Outstanding Children’s Program in 1988’s Emmy Award.

In 1992, Shelley was again nominated for Outstanding Animated Program for her work Shelley Duvall's Bedtime Stories.

With her performance in The Adventures of Shirley Holmes, Shelley was nominated for Best Performance by an Actress in a Guest Role Dramatic Series at the Gemini Awards.

Shelley Duvall was born into the family of Robert Richardson Duvall (a Lawyer) and Bobbie Ruth (Massengale). While Shelley was the only girl child, she had three brothers Stewart, Shane and Scott.

After leaving the spotlight, this once in-demand celebrity has been battling with a critical mental illness. Although Shelley Duvall playfully revealed her current living condition in a Mondo Film & Video Guide interview in 2010, nobody thought she meant anything serious.

Fast forward to November 2016, Shelley Duvall made a much-anticipated appearance after 16 years off public eyes. This time, she was featured on Dr. Phil TV show. Shelley finally lets the world in on her mental illness. Her distorted perceptions and delusions were evident during her interaction with the host, Dr, Phil. The peak of it was when she referred to Robin Williams (who died two years back) as alive and shape-shifting.

It was so emotional seeing how bad her condition had eaten her up mentally. Even when the producers of the show took her to a medical facility in Calabasas and offered to support her treatments, she declined and refused to sign the paperwork. She left the facility three days after. However, a group of medical practitioners is currently treating her with alternative methods with approval from Shelley’s mother.