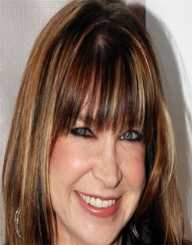 Martial arts expert and actress Cynthia Rothrock was born on the 8 March 1957 in Wilmington, Delaware but was raised in Scantron, Pennsylvania.

Cynthia Rothrock began having martial arts lessons in her teens, and by 1981, she became a World Champion in the Forms and Weapons class. She went on to win four more times (1981-1985). Participating in many tournaments, she became a Grand Master on five occasions and holds seven black belts and sashes, including Tang Soo Do, Taekwondo and Eagle Claw. She is also a martial arts instructor.

Cynthia Rothrock made her debut martial arts film Yes, Madame (1985) alongside Michelle Yeoh which was filmed in Hong Kong. She relocated to Hong Kong and made seven more films.  Her film debut in the US was in Martial Law, and this led to a series of B-grade action films. These films include China O’Brien, Guardian Angel, No Retreat and Prince of the Sun. On television, Rothrock was in The Dukes of Hazzard: Reunion (1997), a television film and was also in Hercules: The Legendary Journeys.

Cynthia Rothrock has a martial arts studio in California where she is an instructor. She offers seminars and private lessons.

Cynthia Rothrock was inducted into the Black Belt Magazine Hall of Fame (1983) cited as the Female Competitor of the Year. She is also an author, who wrote a book Advanced Dynamic Kicks with George Chung.

Cynthia Rothrock is married to Ernest Rothrock and has a daughter Skylar.