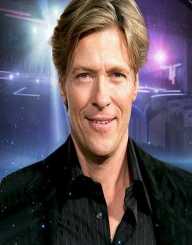 Peter John Wagner II is an American actor and singer. Born on October 3, 1959, he came to the limelight with his role in General Hospital, The Bold and the Beautiful, Santa Barbara and Melrose Place.

As a singer, he has recorded six albums with the debut album being All I Need, 1984. Others include Don’t Give Up Your Day Job, 1987 and Dancing in the Moonlight in 2018.

Peter John Wagner was born on October 3, 1959, in Washington, Missouri, into a Catholic family. He received education at St. Gertrude’s parochial school and later at St. Francis Borgia Regional High School. While there, he played in the football and basketball team. After graduation, he enrolled at the University of Missouri for a year and transferred to the University of Arizona.

John Wagner gained fame with his recurring role as Frisco Jones on the soap opera General Hospital. He appeared from 1983 to 1987 and then from 1989 to 1991. His role earned him a Daytime Emmy Award nomination for Best Younger Actor. He appeared again from 1994 to 1995 and in 2013.

John Wagner appeared on Santa Barbara as Warren Lockridge from 1991 until it concluded in 1993. Wagner appeared in the opera soap Melrose Place from 1994 to 1999 as Dr. Peter Burns. He also directed some episodes of the soap. He appeared in the NBC television series Titans alongside Yasmine Bleeth in 20002 and played in Sunset Beach in 1997. One of his famous roles was on the CBS daytime soap The Bold and the Beautiful as Nick Marone from 2003 to 2012.

This performance earned him a nomination for Best Lead Actor at the Daytime Emmy Award in 2005. He played a guest role in Monk Hot in Cleveland and Castle. He has since 2014 been playing the role of Bill Avery on When Calls the Heart. He contested on season 14 of Dancing with the Stars in 2012. His professional dance partner was Anna Trebunskaya. They placed 11th in the competition.

John Wagner had interest in music since childhood and started playing the piano at the age of 14.  released the ballad, All I Need in 1985topping the Billboard charts. A single on the album All I Need to be reached No. 2 on the Billboard Hot 100 and number 1 on the Adult Contemporary chart. With his musical talent, he appeared in Solid Gold,

The Merv Griffin Show, American Bandstand, and Soul Train. He also had roles in the Broadway run of Jekyll & Hyde and played Tony in West Side Story, in a national theatre tour in 1987. The following year, he also appeared in a national tour of Grease. From 1985 to 1988, he played in several concerts as a rock/pop performer. He released Lighting Up the Night, 1985, Don't Give Up Your Day Job, 1987, Alone in the Crowd, 1993, On the Porch, 2005, and Dancing in the Moonlight in 2018.

They engaged in August 2011 but called off the engagement in November that year. Wagner started dating The Bold and the Beautiful co-star Ashley Jones but later broke up. He has a daughter Kerry, whom he first met in 2011. Kerry was 23 years then. Her mother placed her on adoption after birth.