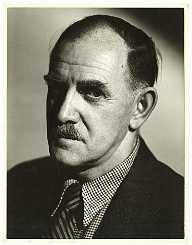 Milton Clark Avery was born on March 7, 1885, in Altmar, New York. Avery’s father was a tanner, and his mother was a housewife. When he was 16 years old, Avery began to work at a local factory to support himself In 1898, he moved to Connecticut and soon after went to live in New York. By 1915, Avery was the only male in his household and was responsible for supporting nine female relatives. Despite the hardships, he developed an interest in art and began attending classes at the Connecticut League of Art Students.

Since 1916, Milton Clark Avery began to paint in obscurity and received a conservative art education. He was working night jobs, to be able to paint during the daytime.

In 1924, Milton Clark Avery met and married a young art student Sally Michel. She was working as an illustrator, and the income from her job allowed Avery to devote himself more to painting. From the beginning of the late 1920s, Avery was painting and drawing at the Art Students League of New York. Roy Neuberger discovered his work. Neuberger bought 100 of Avery’s paintings and donated them to museums all over the world.

Neuberger’s effort let to Avery’s work appearing in several high-profile museums, and he garnered widespread recognition. In 1929, The Phillips Collection in Washington D.C. purchased one of Avery’s paintings, marking his first sale to a museum. In 1944, the museum gave him a solo exhibition.