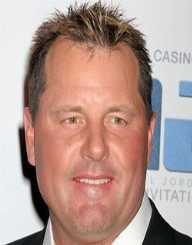 Considered to be one of the most powerful baseball pitchers in the history of baseball, American professional baseball player William Roger Clemens came into existence on August 4, 1962, in Dayton, Ohio, United States of America. Youngest among the five children of his parents Bill and Bess Clemens, Roger grew up without even knowing his truck driver father, whom his mother left when he was only eight weeks old.

He was raised by his stepfather Woody Booher, a tool and die, maker, whom his mother married two years after leaving his biological father. Woody was fifteen years older than his mother and was not in good health. In 1970, Woody passed away after suffering a massive heart attack leaving Roger and his mother to face hard times.

Roger Clemens had to attend six different schools during six years since the age of seven, which is ample proof of the difficult times he had to negotiate while growing up. He left Vandalia, Ohio, where he was living with his mother at that time and moved to Houston, Texas in 1977 to be with his elder brother Randy Clemens.

In Houston, he attended Spring Woods High School and graduated from there in 1980. He played baseball, basketball, and football during his high school days. He spurned the offer of Philadelphia Phillies and Minnesota Twins, two professional baseball clubs of America, to join their team and instead opted to study further. In 1981, he studied at the San Jacinto Junior College, Pasadena, Texas and played baseball for the college team.

The first two years of Roger in the league was a learning curve for him as he experienced heavy defeats and a spate of injuries. However, things began to look rosy during 1986 with a win-loss record of 24-4 leading his team to find a place in the World Series. He won the American League's Most Valuable Player Award for the regular season that year and was also the recipient of his first Cy Young Award.

Roger Clemens won two more Cy Young awards in 1987 and 1991 respectively while playing for the Boston Red Sox. He dominated over his rivals since 1986 and left Boston Red Sox after the conclusion of the 1996 season.

He joined Toronto Blue Jays and signed a four-year lucrative contract of around $40 million. In his first season with Toronto Blue Jays, he once again dominated his opponents and received his fourth Cy Young Award-winning his first career pitching Triple Crown in the process.

Roger Clemens finished the season with 21 wins, an American League record. Continuing in the same vein, he won his fifth Cy Young Award in the following year (1998) as well as the triple pitching crown. In 1999, he was traded to the New York Yankees. He led Yankees to win the World Series title consecutively both in 1999 and 2000 season.

Roger Clemens announced his retirement before the start of the 2003 season which happened to be effective after the conclusion of the season. Playing for the New York Yankees at the Yankee Stadium, he created a record of 300th career win and 4000th career strikeout in the same game, when Yankees defeated St. Louis Cardinals on June 13, 2003.

He is nicknamed booster rocket for his fastball that is hurled towards the batters @98miles/hour and his unhittable splitter. He won his seventh Cy Young Award in 2004 while playing in the National League.

Roger Clemens married Debbie Clemens on November 24, 1984. They together have four sons. All of them were named with the initial ‘K’ to honor the strikeouts of Roger ("K's"). He is the first baseball player whose baseball uniform number is retired at the University of Texas.