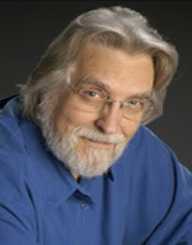 Neale Donald Walsch was born on the 10th of September 1943. He lived with his Ukrainian-American family in Milwaukee, Wisconsin.

He grew up in Roman Catholic family. As a child, his mother’s words influenced his thoughts on their faith. She taught him to not be afraid of God. She presented God to her son as someone he could have an intimate personal relationship with.

Neale began his quest to understand his faith and what relationship meant with God at the age of fifteen. He read several spiritual texts which included the Bible, the Upanishads, the Rig Veda and Divine revelation according to Sri Ramakrishna.

He went to the University of Wisconsin at Milwaukee for his university education, but he could not maintain an interest in his education. At the age of 19, two years into his studies, he dropped out of college and began a full-time position at a small radio station in Annapolis, Maryland.

As the years progressed, he worked as a radio station program director and a reporter for a newspaper. Neale later became the Public Information Officer for one of the largest public schools in the country. He thereafter started his own public relations and marketing firm. He moved to Oregon to find more satisfactory occupation as he was restless on the inside an in pursuit of something to satisfy that void. He however instead suffered a motor accident where he was hit by a car and suffered a broken neck that put him in rehab for a year.

When he came out, he found himself without work, separated from his spouse, financially destitute and later homeless. He went back into radio but this time with odd part-time jobs. He had to work his way back up until he secured full employment as a syndicated talk show host.

Notwithstanding working his way up from being destitute, and having to live off gathering soda cans up to securing a full-time radio talk shows employment, Neale was still dissatisfied. He woke up one February night in 1992 and wrote a despair-filled letter to God, “What does it take to make life work?"

According to him, he received a divine answer for this letter that led to his bestselling book. He said it was like taking down a dictation and he published it without any alterations.

The first book in the Conversations with God series was published in 1995. It made bestseller lists in various places, including internationally. It was on New York Times Bestseller list for 135 weeks. The book has maintained a spot on the 100 bestselling spiritual books on Amazon.com. He wrote nine books in this series; Conversations With God (books 1–3), Friendship with God, Communion with God, The New Revelations, Conversations with God for Teens, Tomorrow's God, and Home with God: In a Life That Never Ends. He has written several other books and his works have been translated into 37 languages reaching millions internationally.

The Conversations with God series received such enormous response that prompted Neale to create several outreach projects to meet with the needs brought to the fore by his work. He started the CWG Foundation, CWG for Parents, Humanity’s Team, the CWG Helping Outreach, and The Global Conversation.

Neale began form the inception of Conversations With God in 2005 to put together The School of Theology of the New Spirituality. He created The Group of 1000, a group with the mandate to found the school in cities, towns, and villages all over the world.

His work has taken him to diverse places. He has been to South Africa, Norway, Croatia, The Netherlands, Zurich, and Seoul. He has also visited the Macchu Picchu in Peru, the Shinto shrines of Japan, the Red Square in Moscow, Tiananmen Square in China and the St. Peters Square in the Vatican City

Neale has also participated in the making of movies. He wrote the 2003 film Indigo along with James Twyman. He played the lead character himself. The Conversations with God book was made into a movie. It came out in theatres on the 27th of October 2006. He has been involved in other documentaries and movies like; One Giant Leap 2: What About Me? (2008 video documentary), Tapping the Source (2010 documentary), Living in Light (2012video documentary), Awake in the Dream (2012 film), iGod (2015 film) amongst others.

Walsch was accused of plagiarising a 1998 article by Candy Chand published in spiritual magazine Clarity. He had published the entry “Upside down, or right side up?” in his blog and it had been published in Beliefnet.com. He had claimed the entry to have been inspired by a personal experience. When confronted by the plagiarism accusation, Walsch had apologized and said he must have internalized the story and unconsciously made it his own experience. The entry had to be taken down.

The 1990s was a tough year for Neale Walsch. He suffered a fire that engulfed his belongings, a failed marriage and an auto accident that left him with a broken neck and one year in rehab.

All that is in the past and probably long forgotten. Walsch now has a home in South Oregon where he lives with his wife and nine children. His wife is Em Claire who has been described as one of America’s newest poetic voices. Walsch and Claire travel extensively sharing about Conversations with God and Em Claire’s inspiring poetry.