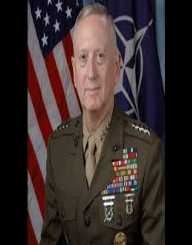 American General George Patton was born George Smith Patton on the 11 November 1885 in San Gabriel, California into a military family.

George Patton was a pupil at Stephen Cutter Clark’s Classical School for Boys in Pasadena, California (1997-1903). He then went to the Virginia Military Institute in Lexington, Virginia as a Cadet (1903-1904) and  was accepted into the U.S. Military Academy, West Point, New York
(1904-1905). Patton graduated with honours from the Command and General Staff College on the 20 July 1924.

In June 1909, George Patton was promoted to the rank of second lieutenant in the 15th Cavalry and in September that year he was assigned to Troop K, 15th Cavalry at Fort Sheridan in Illinois.

Patton participated in the Modern Pentathlon at the Olympic Games held in Sweden in the summer of 1912. He finished 5th in the overall event which included shooting, riding, fencing, swimming and running.

In March 1916, George Patton reassigned to headquarters Punitive Expedition in México. During May that year, he led soldiers in an assault on Rubio Ranch where they engaged with Pancho Villa’s bodyguard. Later that month, he was promoted to first lieutenant, and in May 1917, he was promoted to captain. On the 18th May 1917, Patton reported to General Pershing in Washington D.C. and made Commanding Officer, Headquarter Troop, AEF.

Then in November, he was detailed to the Tank Service and in January 1918, promoted to the rank of temporary major. He was made the commanding officer of the American Tank School in France on the 23 March 1918 and promoted to the position of temporary lieutenant colonel. During the Meuse-Argonne Offensive in France Patton was wounded on the 26 September 1918. He received the rank of temporary colonel on the 17 October 1918 and in December of that year, he was awarded the Distinguished Service Cross.

In mid-1920, George Patton's rank reverted to the rank of captain, then shortly afterwards was he was appointed a major. Patton joined the 3rd Cavalry at Fort Meyer in Virginia as the Commanding Officer of the 3rd Squadron and in March 1925, sailed on the Army Transport ship, the Chateau-Thierry, through the Panama Canal. In March 1926, he was assigned to the G-1 and G-2 Hawaiian Division.

In March 1934, Patton was promoted to the permanent rank of lieutenant colonel and assigned to G-2, Hawaiian Department. He was promoted to the rank of permanent colonel in July 1938. In July he was made Commanding Officer of the 5th Cavalry in Fort Clark, Texas and in December served as Commanding Officer of the 3rd Cavalry at Fort Myer in Virginia.

In July 1943, George Patton formed a provisional corps in Sicily, Italy. In July 1944, he secretly flew to Normandy, France outwitting the Germans who thought he would be leading the main force at Pas de Calais. During August 1944, he was promoted to the permanent rank of major general. Germany launched the Battle of the Bulge in Ardennes on the 16 December 1944, which proved to be the last major German offensive campaign of the war.

Patton was promoted to the rank of general on the 14 April 1945. In early 1945, he had led the army across the Rhine and entered Germany where they captured 10,000 miles of territory. Patton made a controversial remark criticising the Allies policies on dealing with the Nazis and was subsequently removed from command of the 3rd Army in October 1945.

George Patton was awarded the Purple Heart for bravery in World War I on the 2 June 1932. On the 11 June 1932, he became a Distinguished Graduate of the Army War College.