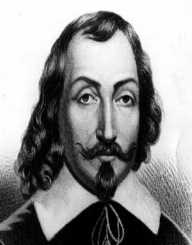 Samuel de Champlain was a French famously known as the Father of New France. Samuel was born on the 13th of August 1574. Also, Samuel was a draftsman. Soldier, geographer, diplomat, navigator, ethnologist and a chronicler. During Samuels life, he traveled across the Atlantic for more than 25 trips. Moreover, during these trips, Samuel got to establish a new French colony called Quebec in the year 1608, July 3rd. Also, during his visit to Quebec, he took his time to draw up the coastal map of the area.

While in Canada, Samuel was the first European to explore the great lake of Canada. Also, he wrote about them in vivid description. After sometime around the year 1620, his king ordered Samuel to go back to Quebec and be the de facto Governor. In New France, he founded companies that did business with France. Also, he served as the Governor of New France until his death on the 25th of December in 1635.

Samuel de Champlain was born in the year 1567 to Antoine Champlain and Marguerite The couple welcomed the birth of their baby in the city of La Rochelle, in Aunis province, France. Samuels family were members of the protestant church so was he. Moreover, Samuel was born in a family of mariners who loved the sea and exploring. Therefore, at a young age he joined his family members in the business, and soon he learned how to navigate.

Sometime in the year 1598, the young Samuel got the opportunity to travel on one of his uncle-in-laws ships Saint-Julien. The uncle had received a charter to transport Spanish troop as the Treaty of Vervins. The Spanish forces were heading to Cadiz. Later after getting to Cadiz, they got another job to go along with a more massive Spanish fleet to West Indies. In this voyage, Samuel was given the command of the ship by his uncle.

They took almost two years in the seas before they could get to West Indies. On the journey, Samuel got to learn about a lot of places and gaining experience on how to sail. On the trip, Samuel noted down secret reports about the Spanish holding and then gave them to the king. The king then awarded him with an annual pension.

His report of the voyage got published later in life. After spending so much time on the sea, they finally went back to Cadiz in 1600. His uncle had fallen seriously ill. So, Samuel was asked to take care of the business. A year later, Samuels uncle died, and the estate of his uncle became his. After inheritance, Samuel was wealthy and independent. Also, sometime in the later years, he got to be one of the Kings geographers.

Around the year 1608, Samuel got the opportunity to work with Dugua to start a French colony and fur trading business. So, Dugua used his own money to fund the venture. They were to make a settlement at St. Lawrence. So, on the 3rd of July, 1608, Samuel made it to the point of Quebec. There, Samuel set out to build and fortify the area. The act of settling down at the end of Quebec marked the first day of founding Quebec City. However, during the few years that would pass, Quebec was more of a store for the merchants. Also, it served as the home of Samuel. Historians say that he had built his house on a hill.

Samuel de Champlain got married to a twelve-year-old Hélène Boullé who was the daughter of Nicolas Boullé. Moreover, the wedding took place in the year 1610 on the 25th of December. The bride was so young at the time of marriage. So, they drew up a contract requiring the couple to consummate the marriage after two years. However, Samuel sought permission the parents to consummate his marriage before. Surprisingly Samuel got the consent that he used. Also, the marriage to this young lady was more of a power move to Samuel as it opened the doors of the Kings court to him. The wedding of Samuel and Hellen did not bear any children. However, the couple adopted three children called Faith, Charity, and Hope.

In the year 1635 in October, Samuel had a stroke. A few months later, on the 25th of December the same year he passed away. Samuel although having adopted three children, did not have any immediate heir. On the day of his death, his friend Charles Lallemant was with him. Samuel had left most of his wealth to his wife and the Catholic church. However, his aunt in Paris challenged the will and had it overturned.