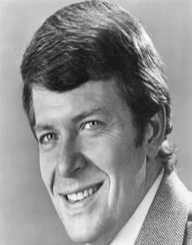 Robert Reed was a proficient and resilient actor for sixty years. He has appeared in over thirty plus movies and ten television shows. He rose to fame for taking a role of Mike Brady in a sitcom called The Brady Bunch. Other notable films and series include The Defenders, Barefoot in the Park, Mannix, and Roots.

John Robert Rietz Jr. was first seen in the world on October 19, 1932, in Illinois, Highland Park, United States. He first joined Northwestern University and later went to London where he majored in dramatic arts. It was after two years that he found himself mimicking Shakespeare narratives.

As soon as he returned to his hometown, Reed teamed up with a group called Shakespearewrights. They played Romeo and Juliet plays that Robert loved to the core. In 1964 his acting talent called where he played a leading role in Barefoot in the Park sitcom.

Other than his previous work, Robert Reed's acting skills were showcased in television. In 1961 he took a role of a teen attorney on a gripping drama called The Defenders.

He remained in the show till the end of 1965. Fortunately, he took another fictional role of Dr. Kildare. In between, he saw himself making guest appearances on a myriad of shows such as Ironsides.

For five years Robert Reed appeared on the Brady Bunch sitcom. In 1969 and 1975 he was seen in an action kind of series called Mannix. Other television projects followed including Roots in 1977, Rich Man, Poor Man in 1976 and Scruples in 1980. His noble character gave him three Emmy Awards from three different films and series.

Before the end of the 1980s, Reed appeared in countable of series including The Brady’s and Nurse and Hunter. In between, he opted to teach Shakespeare at the University of California.

On May 12, 1992, Robert Reed breathed his last at 59 years of age due to colon cancer. He was survived by his one and only daughter, Karen Baldwin. He married Marilyn Rosenberg in 1954, but the union was short-lived still in the 1950s.