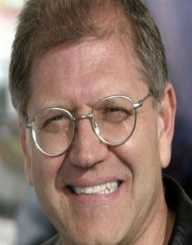 Robert Zemeckis is an American film director and screenwriter connected with numerous successful films from Back to the Future to Forrest Gump.

Robert Lee Zemeckis was born on May 14, 1952, in Chicago, Illinois. His father was Alphonse, a Lithuanian American, and his mother Rosa, an Italian American, raised him on the south side of the city. He grew up learning filmmaking on his own with his parents' 8mm camera.

Robert Zemeckis went to Fenger Academy High School in Chicago. He attended the University of Southern California where he studied at the School of Cinematic Arts. This was where he met Bob Gale, a writer with whom he frequently collaborated with. One of his early achievements is the Student Academy Award for his short film A Field of Honor. He graduated in 1973.

Soon after that, he started the first of his highly successful movie trilogy Back to the Future which he also helped write the screenplay. Another film that highlighted his use of special effects was Who Framed Roger Rabbit? in 1988.

In the 1990s, Robert Zemeckis produced a number of horror films and TV shows. He was executive producer of Tales From the Crypt from 1989 to 1996. He also created the comedy, fantasy-horror film Death Becomes Her in 1992.

His most acclaimed film of the 1990s was his directorial role in Forrest Gump starring Tom Hanks. He was recognized for his work with numerous awards for best director. Zemeckis and Hanks worked together again in the 2000 film Cast Away as well as the 2005 animated film The Polar Express for which he also wrote the screenplay.

In the 2000s, Robert Zemeckis was producing as well as directing. This included horror films including Gothika, House of Wax, and The Reaping. More recent films that highlight his use of special effects include Beowulf (2007) and A Christmas Carol (2009). Other films like Flight with Denzel Washington, The Walk with Joseph Gordon-Levitt, and Allied with Brad Pitt featured strength in its live-action setting.

Robert Zemeckis married Mary Ellen Trainor in 1980. The couple had one son, Alexander. They divorced in 2000. Zemeckis later married Leslie Harter in 2001. The couple had two sons, Zane and Rhys.

Robert Zemeckis along with his wife Leslie, contribute to arts, education, and health organizations through the Robert Zemeckis Charitable Foundation. This includes the donation of the Zemeckis Center for Digital Arts at his alma mater, USC.