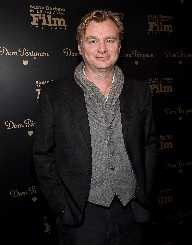 Christopher Nolan is one of the most influential producers, director, and screenwriter of the 21st-century.He is mostly known for his blockbusting films including Inception, The Dark Knight, and Interstellar. Before fame, Nolan worked hard to the point of funding his first directive film. Not to mention, he asked his close friends to appear as promising actors. Although his budget was wanting, he strived for the best at the end of the day. After all, that’s where people start; from a lower level to the highest limit. Let’s take a look at Nolan’s early and later achievements.

Christopher Nolan is a naturally blessed persona who possesses an instinctive and intuitive mind. He has a good sense of humor as well as an ability to express himself freely. He also comes with a down to earth trait that gives him a chance to embrace humanitarian works. On the other hand, people define him as a studious and serious individual. Maybe it’s because of his self-sufficient personality and independent nature. He is mostly noticed for his out of world intelligence and witty soul. All around the world, he is fully respected not only for his compassion but his communicative skills. Nolan loves to be entertained just as much as he likes a social life. Above all, he loves loyal, supportive and dependable friends, but he needs to be extra careful not to neglect his loved ones due to his social stance.

On July 30 in 1970 Christopher Nolan was born in London, the United Kingdom to Christina and Brendan Nolan. He made his career debut at seven years of age when he created his film. He joined University London College where he majored in English Literature. He made use of his free time to come up with informative documentaries and short films. His determination gave him a chance to join the Union Film Society. In the course of his education, he made successful films like Larceny in 1995, Tarantella in 1989 and Doodlebug in 1997.

In the mid of 1998, Christopher Nolan released his fourth film titled Following. It took much of his time since he directed on his own including photographing and editing. Luckily the film garnered him acclaimed nominations. This paved the way for a more resounding and well-budgeted film titled Momento that he released in 2000.As an emerging celebrity, he turned into a star of Hollywood.

With his latest movie doing positive reviews, Christopher knew that he was expected to release a more detailed and finer film. He made his comeback with a movie titled Insomnia in 2002 that starred prominent actors including Robin Williams. In one weeks’ time, Nolan rose as the highest paid director. His previous result made him release another film that he called Batman Begins in 2005.He was lucky to have received jovial messages from known to the unknown sources. He followed it up with another film named as Prestige that also cemented him to the top.

Nolan continued to exceed all of his expectation by launching more films. According to him, the huge expectation was equal to tremendous results. This is what he did for movies like The Dark Knight in 2008 that grossed millions in one years’ time. He followed it up with an Inception film that in 2010 that was named as one of the ideal movies of the year. As a side note, Nolan took the time to direct, write and produce to the end. He wanted to prove to the world that nothing is impossible. In 2012 he released another debut called Night Rises that shattered other records. He collected over a billion at the Box Office alone. Again the film topped him to the highest rank, and this led to Man of Steel movie.

In 1977 Christopher Nolan married the love of his life, Emma Thomas. The couple was blessed with four children: Rory, Oliver, Flora, and Magnus. He is now working on a thriller film titled The Dunkirk that will be released at the end of July. From 2001 to 2015 Christopher Nolan has received more than eight awards including the Critics’ Choice, Empire, Writers Guild of America, and Oscar Awards among others. As a trivia, Nolan doesn't use or have an email address or a cell phone. Reason being that he doesn't see the utilization of either of them. I wonder how he communicates to the outside world.