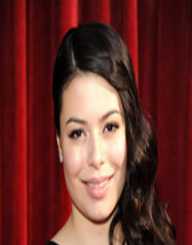 Miranda Taylor Cosgrove was born on May 14, 1993. She is an American actress, singer, and songwriter. She began her career at three years old when she started appearing in commercials. In 2003, she made her film debut in ‘School Rock’. Miranda Cosgrove is popularly known for her role in Nickelodeon’s series ‘Drake & Josh.’ She has also lent her voice to the animation ‘Despicable Me.’ She has released singles such as ‘Dancing Crazy’ and ‘High Maintenance’ among other songs.

Miranda Cosgrove was born on May 14, 1993, in Los Angeles, California. She was born to Tom who owns a dry cleaning business and Chris who is a home maker. She was born as an only child. She was discovered at the age of three by a talent agent at a restaurant while she was singing and dancing. Her mother accepted the offer made by the agent to take up Miranda for modeling. She appeared in television commercials for McDonalds and Mello and Yello. Miranda Cosgrove was a model at her young age. She started auditioning for theatre and television roles at the age of seven.

In 2001, Miranda Cosgrove appeared on television at the voice of Lana Lang in ‘Smallville.’ In 2003, she made her film debut in the film ‘School of Rock’ where she played the role of Summer Hathaway. The film was a box office hit grossing $ 131, 282, 949 worldwide. In 2004, Miranda Cosgrove landed a role in the Nickelodeon series ‘Drake & Josh.’ In the series she acted alongside Drake Bell and Josh Peck. In the same year she co-starred in the animated series ‘What’s New, Scooby-Doo?’ and ‘Grounded For Life’.

In 2005, Miranda Cosgrove appeared in the Disney Channel film ‘Here Comes Peter Cottontail: The Movie.’ She also starred in two episodes of the film ‘Lilo and Stitch: The series’. Miranda Cosgrove also starred in the comedy film ‘Yours, Mine and Ours’ alongside Drake Bell and ‘Keeping Up with the Steins’ which was a box office failure. She continued to appear in films such as ‘The Wild Stallion’ among other Nickelodeon series.

In 2007, her own sitcom ‘iCarly’ was released. By 2008 the show became the third highest rated in the 9-14 demographic.  Her debut as a singer began with the ‘iCarly’ theme song ‘Leave It All to Me.’ In 2008, Columbia Records released the ‘iCarly’ soundtrack which featured four songs. In 2009, she released her first solo recording ‘About You Now’ with five songs. In the same year, she became one of MTV’s Female Pop Rookies of 2009. In 2010, Miranda Cosgrove voiced Margo in the animated film ‘Despicable Me.’ In 2012, she released her second ‘iCarly’ soundtrack ‘iSoundtrack II.’ In 2013, she voiced Margo again in ‘Despicable Me 2’. In 2015, she starred in the horror film ‘The Intruders’ alongside Austin Butler.

Miranda Taylor Cosgrove was homeschooled from sixth grade. In 2012, she started attending University of Southern California. She chose the university so that she can be close to her family and her acting career. She is an active supporter of the St. Jude Children’s Research Hospital in Memphis, Tennessee.