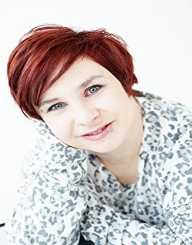 I have always believed in a common phrase that ‘when life gives you a lemon, make lemonade.’ I don’t want to argue, but Michelle Knight’s teenage life has been sour like acerbic vinegar. Since she stepped out on August 23rd, 2002 in Cleveland she didn’t get back as usual. In fact, it took her ten years to return to her family. Only Michelle and two other women can tell the ordeal and torture they faced under Ariel Castro hands. They were turned into ‘punching bags’ and ranged insecure and worthless thoughts. Michelle’s story is worth more than 1000 words.

Michelle Knight was born on April 23, 1981, in Naples, Florida, United States Barbara Knight. She spent her childhood life in Cleveland where she wanted to pursue her veterinarian career. She was countably bullied in high school due to her medium height of 4 feet and 7 inches. At 17 Michelle Knight got pregnant, and she was forced to drop out of school. This happened when three teenage boys from her class raped her, and as a result, she became pregnant. She had a son called Joey. The little boy was then taken into foster care after living in an abusive environment. Chaos used to erupt between Knight’s mother and her boyfriend.

On August 23, 2002, Knight started her day as usual. She prepared and went for a court hearing of his son who lived in foster care. She disappeared for several days and people thoughts that she had found some other place to live. Others suggested that Knight run away due to the loss of her son’s custody. Everything went left and right till the police removed her picture from the missing person’s database in 2003.

On that fateful day, Ariel Castro offered Michele a ride and pleased her to the seat. She didn’t seem to neglect the lift since she knew one of Castro’s daughters. It went to the extent that Castro asked her to pass by his home to give her a cute puppy for her son. Once inside, Michelle was cramped and imprisoned. Her torture and sadism began once the door was closed.

Michelle suffered from sexual abuse and her reportedly miscarriage five pregnancies after starvation and being beaten up by Castro. Castro later abducted two young women; Amanda Berry and Gina Dejesus. To add more pain, Castro tormented Knight’s mind after informing her that no one was looking for her while other girls’ family were busy day and night.

On May 6, 2013, Castro left his house; Berry managed to scream for help. Luckily, one neighbor heard her, and she went to call 911 for more assistance. The authorities managed to rescue DeJesus and Knight as well. It was reported that Knight was held at Castro’s house for ten years. She was later taken to hospital due to severe injuries such as nerve damage and loss of vision. Her family was shocked when Knight opted to stay away from her mother and another half-sister that was born when she was away.

In August 2013 Castro was arrested and he hanged himself while still in prison on September 3, 2013.To share her story, Knight wrote her short biography in ‘Finding ME: A Decade of Darkness, a Life Reclaimed.

Michelle Knight shared her story in public, and apparently, it was seen that she had already conquered her fears. After two years, Michelle Knight announced that she had found the love of her life. She has described her as a kind-hearted, loving and caring. We now know that she is looking forward to a happy and energetic future like she has never had before.