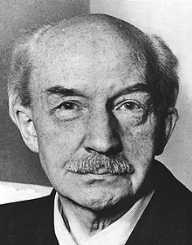 In 1954, Robert Coleman Richardson enrolled at the Virginia Tech, where he started with electrical engineering, which he quitted to study chemistry. He was also not successful with that because of his color blindness and so moved to major in physics. He graduated with a B.S in 1958 and continued with his M.S, which he completed in 1960. In 1965, Richardson received his Ph.D. in physics from the Duke University.

While there, he worked with John Reppy and David Lee on low temperature. This research eventually won him the Nobel Prize in Physic along with David Lee and Douglas Osheroff then a graduate student in 1972, for their discovery of superfluidity in helium-3 at the Cornell University Laboratory of Atomic and Solid State Physics in 1972

Robert Coleman Richardson was married to Betty McCarthy in 1962. The couple met in 1962 at Duke University as graduate students. They were blessed with two daughters, Jennifer and Pamela. Pamela died of heart failure in 1994.